The scramble for the centre of Asia 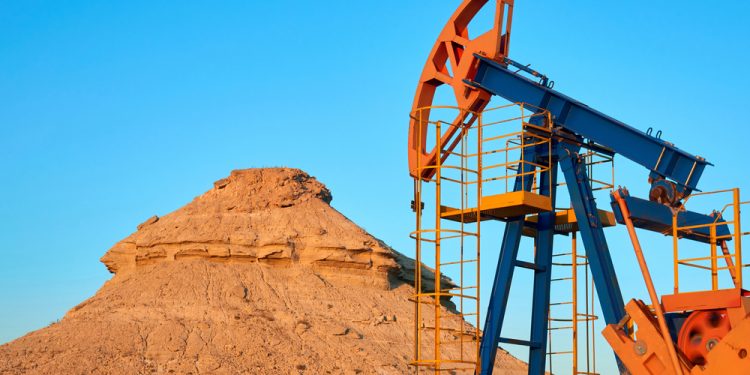 When elephants fight, it is the grass that suffers.

Washington (Brussels Morning) Central Asia is an enormous pasture and, indeed, the most sparsely populated region in the world. However, it is also a region with vast natural resources spanning from rare earths and gold to natural gas. In just two decades, the region’s economy has made leaps forward.

Russian, Chinese, and Turkish interests vie for a stake in this vast region that is several times the size of Western Europe. Since the Portuguese first bypassed the Silk Road to reach China and India, this part of the world has been under-developed, under-populated, and under-reported. The Chinese Belt and Road initiative plus the development of cheaper and faster train infrastructure is changing all that.

In examining how Sino-American competition influences the region, we speak to Iskander Akylbayev, Kazakhstan’s Director of the Council on International Relations. Iskandar has worked as researcher at a number of think tanks, including the Kazakhstan Institute for Strategic Studies (KazISS) and the Institute of Diplomacy.

Ambassador Tedo Japaridze (TJ). During his visit to Kazakhstan in February 2020, US Secretary of State Mike Pompeo blasted China over its treatment of Kazakh and Uighur Muslims. Is this a major issue for Kazakh foreign policy vis-à-vis China?

Iskander Akylbayev (IA). US State Secretary Mike Pompeo’s visit to Kazakhstan and Uzbekistan in February 2020 was an important step in fostering the strategic relations between the US and Central Asian states under the “C5+1” framework.

A milestone in this diplomatic journey was the announcement of the US Strategy for Central Asia till 2025. In fact, the substance of the new US vision for the region is not that dramatically different since it focusses on traditional elements such as Central Asian economic cooperation, connectivity, security and strengthening sovereignty. Out of six points made, three were directly and indirectly related to Afghanistan. However, the visit was also notable for references to regional heavyweights China and Russia, signaling limited but existing US interests in the broader region.

Taking into account rising tensions between Washington and Beijing – for instance in terms of high-tech and trade war – issues related to China’s Xinjiang region emerge as a new diplomatic battlefield between the two states.

Since Kazakhstan shares a border and has strategic relations with China, the Kazakhstan government has taken a pragmatic approach when addressing the Xinjiang question in different fora and formats with its Chinese counterparts. Our complex geopolitical reality requires that Kazakhstan adheres to and maintains a balanced foreign policy. Indeed, the new Kazakh foreign policy concept (2020-2030) speaks of a “multi-vector” approach, indicating a new kind of interaction with key strategic partners.

TJ. Is President Tokayev simply a successor to President Nursultan Nazarbayev or a new kind of leader? Is there a sense of regime change or evolution and, if so, what are the main differences?

IA. The power transition in Kazakhstan has been following the evolutionary model.

The moment President Tokayev was elected in 2019, new elements of public administration and governance came to the fore. Reflecting on Kazakhstan’s 30-year “social contract,” it is clear that the relationship between the government and society has changed. In the future, we should expect a more collective approach to governance.

The COVID-19 factor has highlighted the need for structural reforms and the modernization of public administration and corporate governance, particularly with regard to professional training and health services.

Compared to previous generations, there is now greater scope for public debate on social and political reforms.

The institution of the National Council of Public Trust is one of those visible steps attesting to a more inclusive decision-making process. In this context, the concept of the “Listening State,” put forward by President Kassym-Zhomart Tokayev , aims to improve the dialogue between the state and society.

IA. The trade war between the US and China is definitely a matter of global concern. However, at this stage, there might be indirect consequences only of the trade rivalries between two powers in Central Asia.

The regional market of Central Asia is still limited in comparison to key financial hubs. But the Sino-American trade and high-tech rivalry is of geopolitical significance to the European Union, the ASEAN countries, Japan, Singapore, South Korea, and India .

At the moment, COVID-19 has been a far more disruptive force to the economy of Kazakhstan. According to the latest “World Bank Economic Update 2020”, Kazakhstan’s economy could see a 3%  contraction in 2020 for the first time in two decades, and will rebound by only 2.5% in 2021.

TJ.  What’s your understanding of the “region” where Kazakhstan has to operate? And what is Kazakhstan’s role in the region.

The very concept of “a region” has been debated since the early days of independence in 1991. Throughout this time, Kazakhstan has tried to position itself in Central Asia – the heart of Eurasia — by defining itself as a civilizational bridge between East and West, a buckle along the Silk Road. In fact, all these concepts can be linked to foreign policy manoeuvering in regional affairs.

With the changing of the guard in Uzbekistan, we now have a window of opportunity to strengthen the narrative running through the Central Asian dialogue. The launch of informal consultative meetings between the five Central Asian heads of state is building momentum and could give rise to a new cooperation framework in the sphere of trade, public investment, education and culture. The role of Kazakhstan is to further develop Central Asian cooperation, to create constructive common ground, and to articulate a collective vision on how to address the region’s most pressing issues.