The pandemic has shown not all countries see schools as safe

by Agata Andreetto
in Europe 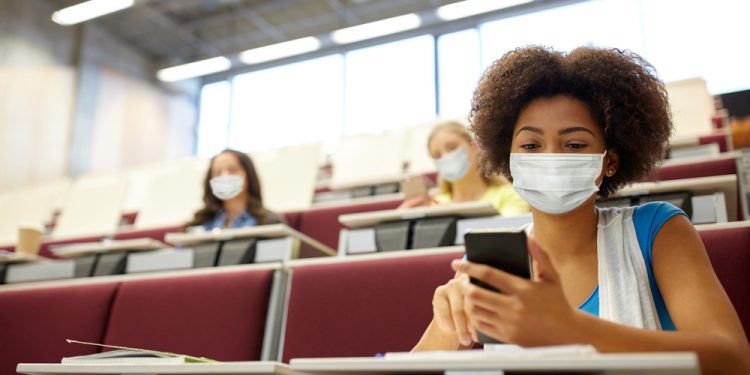 Brussels (Brussels Morning) The COVID-19 pandemic has proven the biggest disruptor to the education system in history, affecting nearly 1.6 billion learners in more than 190 countries and all continents.

Closures of schools and other learning spaces have impacted 94% of the global student population, up to 99% in low and lower-middle-income countries, UN reports say. National and regional lockdowns have led to a rethinking of learning methods by introducing distance learning, triggering a political debate around the reopening of schools in some European countries.

UN Secretary General Antonio Guterres warned of an education catastrophe, reporting a UNESCO estimate of 24 million students at risk of dropping out.

The pandemic has exacerbated pre-existing educational inequalities by reducing opportunities among the most vulnerable — children, young people and adults — to continue learning.

Worse still, the disruption in education will have far-reaching ramifications. People who were already marginalized now risk further exclusion. The report “Coming Together for Refugee Education” shows that half of the world’s refugee children are already out of school. It says that while COVID-19 has impacted children worldwide, refugee children have been particularly disadvantaged. UN figures show that 1.6 billion learners in total have suffered a disruption to their education, including millions of refugees.

On the flip side, approaches have emerged showing how the crisis has stimulated innovation in the education sector with podcasts, massive open online courses and other take-home packages developed to respond to education and training needs. Distance-learning solutions, developed by rapidly responding governments and partners, have buoyed education continuity, including UNESCO’s Global Education Coalition.

In Europe, the direst impact the pandemic has had on learning is the disruption of in-person teaching. Ministerial decisions closed schools to stem the spread of the virus, moving schooling online.

There have also been different responses to schools’ reopening, even between states culturally and geographically similar.

Italy between COVID and school discredit

In Italy, schools were the first institutions to close during the first wave of the virus and the last to re-open before the second wave.

The country has suffered notably high infection rates and one of the highest numbers of COVID-19 related deaths.

A major political debate has now ensued between those who maintain schools are a safe and controlled place while others assert the opposite.

In an interview for national television, Education Minister Lucia Azzolina reasserted her commitment to keeping schools open in a safe way.

“Together as Ministry of Education, we collected data on schools”, said Azzolina, “Believe me, it was not something we had to do, but I wanted to have it done so that our data could be compared with those collected by the Local Health Authorities (ASL).

School closures end up closing again during the second wave, explained Azzolina because the increase in infections caused challenges for ASLs while tracking processes had failed.

Despite persistent COVID-19 cases and an unrelenting curve, various government ministers have converged on the opinion that schools should reopen on 7 January.

Azzolina also hinted that problems could emerge outside of viral cases if schools remained closed.

“7 January 2021 is a realistic date for the reopening of schools because they were already functioning well in September and October with the new measures”, said Azzolina.

“We must not lose a single hour. Education is the engine of the country. There is a deep-seated cultural problem with schools. The problem is that school is not seen as a productive activity. People do not understand that school can act as a social lift, it can improve people’s lives, and sometimes it can also save people’s lives.

Schools need to regain their centrality, as in other countries where there is no debate about whether schools should be open or closed”.

The pivotal role of school in France

France took a different approach and on the eve of the second lockdown in October, it was announced that schools that would remain open.

Education Minister Jean-Michel Blanquer explained that the decision was in view of the “damage” caused by the previous closures and to avoid the risk of pupils dropping out. Schools follow the health protocol’s guidance on safe procedures, including social distancing, wearing masks and ventilation for 15 minutes every two hours in classrooms.

Families are also obligated to measure student temperatures before their classes. Any student — or their family member — with a temperature higher than 38° is told to stay at home.

Distance learning via online lessons is only reserved for quarantine or if a whole class or school has been banned from attending in person, which occurs after a minimum of three classroom infections.

In contrast to Italy, the in-person school system has remained central with distance learning, the last resort method.