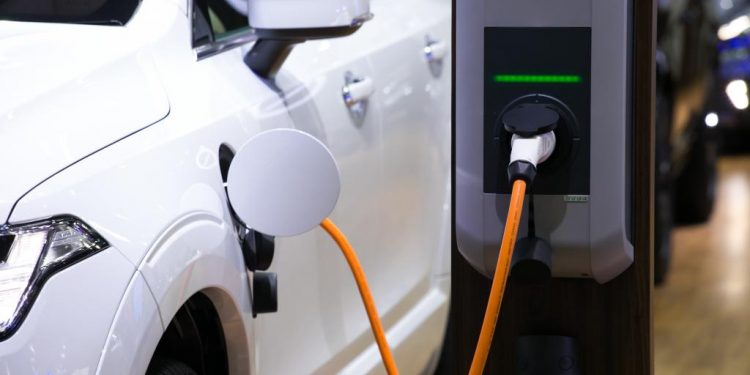 Oslo’s role in Europe is geopolitically significant, and more so as time goes by.

Washington DC (Brussels Morning) On the one hand, Norway is a NATO power in the Artic Circle, a region whose significance increases because of climate change. On the other hand, Norway is Europe’s most significant fossil fuel energy partner, contributing more significantly than any other country to Europe’s energy security diversification by undermining Russia’s near monopoly on natural gas.

At the same time, Norway leads Europe in measures taken to promote the electro-mobility drive towards a sustainable energy mix. That is a source of wealth, but it is a wealth that Norway keeps under a political lid, making sure that fossil money does not corrode governance. In sum: Norway oil-rich but not an oil-state.

These are the elements of Norway’s twofold paradox: geopolitical and geo-economic. Norway’s defence strategy is the result of its history and location. After all, it was occupied by German forces, unlike neighbouring Sweden and Finland, but very much like Denmark. But its geo-economic trajectory has nothing to do with destiny.

To get a better grip on Norway’s worldview we talk to Ambassador Steinar Gil, who has served Norwegian diplomacy in oil-rich countries – Russia, Azerbaijan – and has dealt with the sensitivities of Russia-Norway relations. Ambassador Gil is an expert on Russian language and literature and served the Ministry of Foreign Affairs for the best part of 30y years, from the height of the Cold War through the turbulent transition that followed. He served as Minister Counsellor of Foreign Affairs in Moscow and Ambassador to Azerbaijan (and Georgia), as well as Lithuania.

Ambassador Tedo Japaridze (TJ). Norway is second only to Russia as a supplier of fossil fuel energy to Europe. However, Norway also leads electro-mobility and the Norwegian sovereign fund is no longer investing in fossil fuel. Which side are you on?

Ambassador Steinar Gil (SG). Your question touches upon what has been called the great Norwegian paradox. Norway is a main exporter of fossil fuels and at the same time a staunch supporter of effective measures against climate change. For decades still, the global energy mix will be dominated by fossil energy. The option is not to prematurely close down oil and gas production but to enhance energy efficiency, develop Carbon Catch and Storage and gradually increase the use of renewable energy and reduce the burning of coal.

In Norway, 98% of the electricity production comes from renewable energy sources. In January 2021, the mix was 94.3% hydro power, 5.0% wind power and 0.7% thermal power. There is a general acceptance of wind power in Norway but considerable local resistance to the erection of wind farms because of their negative impact on the environment and the threat they pose to bird life. Solar energy is still at a very low level, 120 MW by the end of 2019. In 2020, 37 countries had a cumulative solar (PV) capacity of more than 1 GW.

TJ. How is it possible to concentrate so much wealth without generating corruption?

SG. There is no tradition in Norway for corruption. In fact, Norway is one of the world’s least corrupt countries, ranking as number 7 in Transparency International’s Corruption Perception Index for 2020. Norway’s sovereign wealth fund (the Government Pension Fund Global) is strictly controlled by the Norwegian Parliament and the Norwegian Government and is managed by the central bank of Norway, Norges Bank. According to the budgetary rule (Norwegian: handlingsregelen) a maximum of 3% of the fund’s value can be allocated to the yearly government budget.

TJ. You have been an ambassador in oil-rich countries. Do you have an view on how reform should proceed in order to fund the next day in their economy? How long do you see the transition from fossil fuels to sustainable sources and how much of a “transitional” role will natural gas play?

SG. Every country producing fossil energy should establish a sovereign wealth fund for future generations. The transitional role of natural gas will increase. It is difficult to say how long the transitional period will last.

TJ. Russia is making significant steps in diversifying its economy. Germany is stepping away from both nuclear energy and coal. Is Nord Stream II a project of the present or a project of the future?

SG. Nord Stream 2 is a controversial German-Russian project. Within the EU it is only supported by two other countries, the Netherlands and Austria. The European Parliament has voted against it, and the US is applying sanctions alleging that the project will enhance European dependence on Russia and weaken Ukraine. The US is also interested in selling more fracked LNG to Europe. It is doubtful, however, that the US will risk relations with Germany by blocking Nord Stream 2. As for climate considerations, Nord Stream 2 should be welcomed if it can contribute to reducing coal consumption.

TJ. Baltic States are taking steps to bolster their energy security looking to import American Shale Gas LNG. Does shale have a future in Europe (e.g. Ukraine?)? Is this technology compatible with environmental objectives? Is this an economically viable source? And should we be looking for alternatives?

SG. The US is already exporting considerable quantities of fracked LNG to Europe. This has contributed to keeping gas prices at a reasonable level.

From a climate perspective conventional natural gas is preferable to shale gas. However, moves to restrict or ban imports of fracked LNG will result in increased gas prices, which again will lead to increased coal consumption. The only answer to this dilemma is to intensify efforts to reduce the share of all fossil fuels in the energy mix and increase the share of renewables.