The new US presidency is a pledge to heal America

by Agata Andreetto
in Our pick 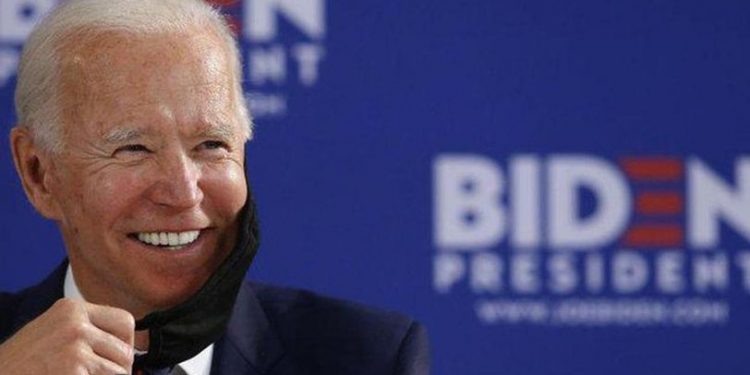 Brussels (Brussels Morning) – The election of Joe Biden as the US’s 46th president last Saturday raised expectations in Europe that the two sides of the Atlantic may find common ground on a range of human rights issues. With Biden’s victory speech referencing the need to restore “the soul of America”, with a nod to increased social polarization, and Vice President-elect Kamala Harris by his side, this administration has an ambitious programme in store promising to regain some of the ground lost during the Trump Administration.

Donald Trump’s illiberal brand of populism was founded on a broad alliance of so-called “pro-life” conservative groups, coupled with the message that institutional racism could go unchallenged on a federal level. In the numerous cases of police brutality against – and even killing of – black men, the President often went out of his way to target the Black Lives Matter movement, referring to the organization as a “symbol of hate” and thereby compounding the damage.

Among the 11 human rights priorities listed by Amnesty International USA, one of the most urgent is holding perpetrators of institutional violence against African Americans to account. The credibility of Vice President-elect Harris – her record and vision for criminal justice reform – could go a long way in healing some of the wounds.

The Democrats aspire to be the voice of a demographically changing America, which looks at minorities as the new majority. The Democrats are now making inroads in traditionally conservative Latino communities, albeit with mixed results as seen in Florida.

The party is building its message for racial justice by drawing on a legacy of advancing civil rights going back to President John F. Kennedy. Biden himself acknowledges that the African American community was critical to his nomination: “They always have my back, and I’ll have yours”.

Biden’s affirmation that the US is a nation built on immigration is underscored by Kamala Harris’s background as the daughter of two immigrants. Time will show whether this change of political rhetoric can detoxify anti-immigration sentiment.

Furthermore, there is hope the new administration can reclaim some of the space lost for gender equality. Even with sexual harassment allegations against Biden during his campaign, there is little doubt that democratic leadership can do more to advance campaigns to hold violence against women in check while empowering women than those currently holed up in the Oval Office.

A HRW report invited President Biden to “reverse four years of regression on human rights and work immediately to put respect for rights at the forefront of US law and policy.”

These expectations, however, lie beneath 40 years of the political luggage carried by the President-elect. Notwithstanding allegations of sexual harassment, the Vice President noted during a heated confrontation that Biden had, in the past, openly cooperated with Senators who were on the wrong side of history on civil rights.

While Biden’s skeletons were insignificant enough when running against Trump, they could resurface in the future.

Meanwhile, the COVID-19 pandemic is the first global challenge in two generations that has had no American leadership. Quite the contrary, the Trump Administration announced cuts to World Health Organization funding and withdrawal from the organization, highlighting his new brand of neo-isolationism. There are now signs the Biden Administration may roll back some of these decisions.

Biden points to his tenure as Vice President in the Obama Administration, protecting the Affordable Care Act legacy. However, given the Senate’s Republican majority, he is unlikely to make major advances beyond access to affordable private insurance, moving towards a European-style universal health service.

The President-elect habitually echoes global calls for the support of nurses and other essential workers and he remains committed to extending federal support to schools during the pandemic. But it is unclear how much he will be able to deliver given the institutional stalemate.

Biden is known as a man of the white working class and is promising to provide tax relief for working families and invest in small businesses. His political project to “rebuild the backbone of the nation” may however fall short of an assault against inequality, which would require ambitious tax reforms that could only be achieved with a shift in power in the upper chamber.