The Myanmar’ day after’ riddle — what happens next 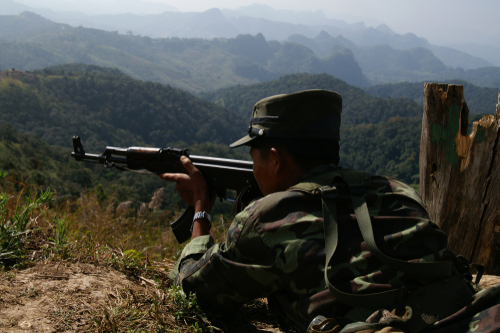 Will Myanmar face isolation following the military coup? Regionally, this could be unlikely, deduces Angelos Kaskanis.

Athens (Brussels Morning) In the jagged post-colonial struggle of Myanmar, there have been several attempts to leap towards independence and democracy. In 1989, the ruling military junta moved towards the former notion by shedding colonisers’ chosen name — Burma — while in November 2015 San Suu Kyi seemingly resembled a leap forward for the latter when she entered a negotiated process of transition resulting in the victory of her National League for Democracy in the country’s first elections since 1962.

This change ended the economic embargo on the country, but the Army maintained a firm grip over the legislative process while human rights rapidly deteriorated, notably with the death and deportation of thousands of Rohingya Muslims.

Worse yet, the negotiated process stained the international reputation of San Suu Kyi, who stood by Myanmar’s position on the unfolding humanitarian tragedy.

No room for compromises

But as much as the democratic leader was willing to compromise, the military once again opted for complete control, with tanks taking to the streets of Yangon on 1 February. Internet and communications blackouts ensued, TV screens went black and all international flights were cancelled. Myanmar went off-grid.

Almost sarcastically, the Army questioned the result of the November 2020 elections claiming “electoral fraud”, moving to jail the leadership of the National League for Democracy, including the morally-tainted San Suu Kyi.

Those advocating for appeasement and compromise now appear naïve.

Myanmar never quite got its democracy. The Army held direct control over three ministries – defence, border affairs, and home affairs – and retained a legislative veto, appointing 25% of MPs with the law requiring that each bill pass with a 75% qualified majority. At the same time, “democrats” were sharing the moral responsibility of Myanmar’s government.

Looking at political developments on the ground, the question is whether the military is at all interested in engaging with civilian stakeholders or if the country is taking another route altogether.

The new leadership is facing protests and renewed international sanctions, which is going to be a crash test on the resilience of the democratic movement but also the military’s grip over the country. If Myanmar is internationally isolated and there is no civilian support, there is a risk of violent repression by the military junta.

Much depends on “Tatmadaw”, as the highest office of Myanmar’s military government is known, occupied by Senior General Min Aung Hlaing. For years, General Min Aung Hlaing has fought off a number of border insurrections, carving out a nationalist constituency as he champions an almost “classic” campaign against ethnic minorities – Rohingya, the Shan, and the Kokang – in the name of the Burmese majority. This political rally has coopted large segments of the democratic opposition.

The question now is whether this nationalist drive alone can consolidate a domestic power base. It appears the junta can also count on the military’s control over the economy and China.

The country will not react immediately unless the military junta cuts off the ties with Beijing; the North Korean case study has proved that China prioritises geopolitical considerations over anything else.

The two countries are strategic partners and allies. Beijing was a mediator between Bangladesh and Myanmar during the Rohingya crisis, facilitating an end to the crisis and paving the way for an unlikely but formally feasible return of the refugees.

Myanmar is a vital link in Xi’s flagship Belt and Road Initiative and the two parties have signed a number of trade and investment agreements. Western Myanmar, is located between booming India and Southeast Asia and, therefore, it is a geopolitically vital ally. If nothing else, Myanmar provides China’s landlocked western provinces with access to the Indian Ocean and the Bay of Bengal.

China is not likely to undermine its alliance with Myanmar in the name of democracy. At the same time, the army maintains control over the country’s two biggest holding companies, namely the Union of Myanmar Economic Holdings Ltd. and Myanmar Economic Corporation.

The military appears confident that it commands a critical minority and has enough external support to weather international pressure. This is not the 1990s.