The Media, Afghanistan and the Republican Party 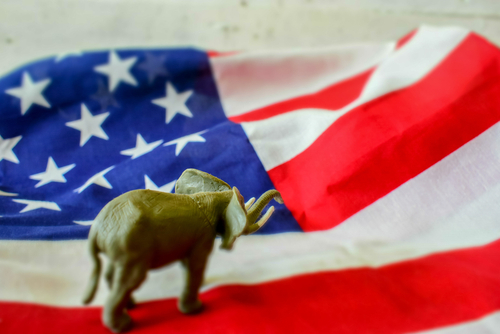 New York (Brussels Morning) There is no question that the Biden administration was, due to laziness, stubbornness, stupidity, intelligence failure or some combination of the four, wildly unprepared for the speedy Taliban takeover of Afghanistan. The inability of the US to get American citizens, Afghans who had been helpful to US forces – and therefore are now at risk of being imprisoned or killed by the Taliban – and others in similar situations out of the country is a moral and policy blemish on the current administration that will be fatal for many in Afghanistan.

The American media, regardless of the political views of a particular network, newspaper or website, rightly did not hesitate to report this to the American people and the world. A subtext of this reporting was the media almost gleefully criticising the Biden administration as a way to implicitly demonstrate that they are non-partisan and balanced. Those are admirable goals, but we all must remain wary of confusing balanced reporting with false equivalencies and, more significantly, of ignoring the inconvenient reality that when one party believes in democracy and one supports insurrection, treating the views of both parties as equally relevant and legitimate leaves out hugely important parts of the story.

In the days since the Taliban takeover of Afghanistan, Republican politicians have been all over the American media attacking the Biden administration for its mishandling of the withdrawal, making comparisons to the final days of the Vietnam War, explaining how the US has been humiliated and offering their views of the crisis. By putting these politicians on the air, media platforms can feel good about not being partisan, but they are also misinforming the American people and ultimately acting in a manner that is both unethical and cowardly.

Almost all of these Republicans including Senators like Ted Cruz, Mitch McConnell or Josh Hawley and members of the House such as Minority Leader Kevin McCarthy and many others, not to mention countless GOP-aligned pundits and members of the previous administration were complicit in either the January 6th insurrection, spreading disinformation about the 2020 election or covering up those events. Failing to confront these Republicans about this, while giving them a chance to seem concerned about American national security, helps rehabilitate the GOP and normalise a party that no longer believes in American democracy.

Asking Republicans who feign earnest concern about America’s national security, or more ironically how the rest of the world sees us, about January 6th and the Trump administration more generally is not partisanship, it is, in fact, balanced journalism. However, almost nobody in the media did this.

The silence of the Republican leadership in the face of Trump’s horrific mishandling of the COVID-19 pandemic, which amounts to crimes against humanity, that led to the deaths of more than half a million Americans, should also be raised when Republicans claim to be concerned about national security. A party that accelerates the spread of a deadly pandemic because of their fealty to a demented cult leader has no moral, political or practical standing on matters of national security. Failing to bring this up is a triumph of politesse and false equivalencies over hard work and courage on the part of the media.

The willingness of too many in the media to overlook the role that virtually the entire GOP leadership, with the obvious exceptions of a very small handful of people like Representatives Liz Cheney and Adam Kinzinger, demonstrates the extent to which the crisis of American democracy has still not been fully processed by much of America’s political class. Asking the opposition party for their views on a foreign policy crisis, and indeed providing them an opportunity to criticise the President is absolutely normal in a functioning democracy, but the notion that the US is still a normal functioning democracy is dangerously Pollyannish.

The macro story that, whether the political elite accepts and understands it or not, frames everything about American policy and politics is the Republican-led democratic rollback. That needs to be taken into consideration when any political news is reported. This is not to say that the missteps, foibles and enormous mistakes of Democratic politicians and presidential administrations should not be pointed out. It remains imperative that the media do that. However, extending that view to ignoring the greater crimes committed by Republicans against American democracy is a mistake.

Seeking to compartmentalise Republican opinions is unwise, yet that is has become the media ethos. The idea that somehow Kevin McCarthy’s efforts to ensure there is no real investigation into the insurrection are not pertinent when he is pontificating on how a Democratic president does not care about national security is absurd. The motivations and background of any commentator is always relevant in politics. By ignoring that the media has contributed to the normalising of the insurrection and the Trump era more generally while allowing the party of insurrection and complicity in the deaths of thousands of Americans to wrap itself in patriotism and faux-concern about national security.

The media cannot ignore the tragedy in Afghanistan or the role Joe Biden, and for that matter Donald Trump, Barack Obama and George W. Bush, played in it. But they need to do it in a way that gives context and does not whitewash the actions of those who continue to seek to destroy American democracy at home.