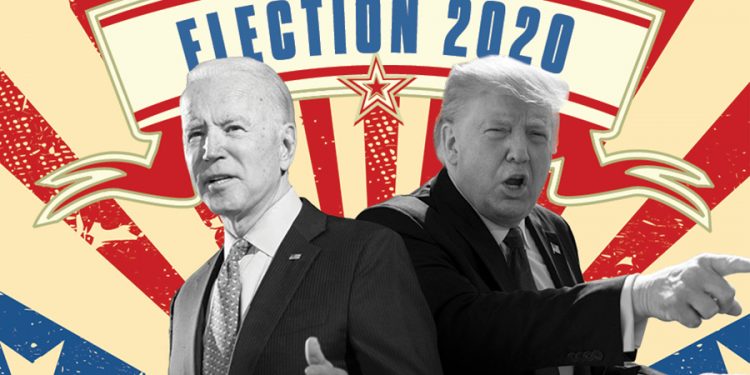 “While nothing would please me more than to see Donald Trump and his Republican enablers drubbed at the polls in the coming weeks, there are several reasons why this should not be at the center of the post-election strategy.”

It has been clear for some time now that Donald Trump has no intention of accepting the outcome of the election if he loses. Any remaining doubt about this was erased last week when Trump twice refused to commit to a peaceful transition.

Ensuring that a Biden win in November leads to a Biden presidency beginning January 20th of 2021 is the task that now faces Democrats, progressive and all those who believe in American democracy. Achieving this goal will require a sophisticated and intense legal, political and mobilizational strategy.

By ignoring the signals for too long, Democrats and their allies have made this task even more difficult. Accordingly, it is essential to focus on the work that must be done and to stop grabbing desperately at ideas that are better understood as fantasies rather than strategies. One of the most potentially damaging of these ideas is the landslide fantasy.

The landslide fantasy essentially posits that the way to ensure Trump leaves office is to defeat him in a resounding landslide. This is a good way to mobilize voters to the polls, but it is a terrible way to plan for the days and weeks following the election.

While nothing would please me more than to see Donald Trump and his Republican enablers drubbed at the polls in the coming weeks, there are several reasons why this should not be at the center of the post-election strategy. First, the likelihood of a landslide happening is extremely small. Moreover, while a landslide victory for Biden is a good, if ambitious, goal, making that the lynchpin for ensuring Trump leaves office sets the bar way too high. Lastly, this approach is disempowering because it implies that absent a landslide defeat, Trump will be able to remain in office.

The US is sufficiently polarized that landslides simply do not occur anymore. The last president to win the popular vote by more than eight points was Bill Clinton in 1996. The last president to get elected with more than 400 electoral votes was George H.W. Bush in 1988. The numbers are more even discouraging because a real landslide, like those won by Presidents Reagan, Nixon, Johnson and Eisenhower in 1980, 1972, 1964 and 1956 respectively usually means winning at least 450 electoral votes and the popular vote by more than fifteen percent. These criteria are somewhat subjective, but Clinton’s 1996 victory and Bush’s 1988 victory are usually described with words like “unambiguous” or “decisive” but are very rarely described as landslides.

If Biden were to win by eight or more points in the popular vote and more than 350 electoral votes, some might call that the 21st century version of a landslide, but even that is extremely unlikely to happen. Most polls show Biden with a solid lead of about seven points and likely to win somewhere between 290-320 electoral votes. That would be a decisive rejection of Donald Trump by the American people, but it would not be a landslide and would be close enough for Trump to challenge it in the courts, vote counting centers and state legislatures. Democrats and others who would like to see a new president must be prepared to defend that victory, or one that is even closer, not to simply cling to the dream of an imaginary landslide.

The challenge opponents of Trump will most likely face after the election will be to make Biden’s victory stand up in the courts, state legislatures and streets, despite it not being a landslide. Hoping for a landslide wastes time that should be used preparing for the more likely possibility. Moreover, it implies that somehow a Biden victory is only legitimate if the margin is huge, but that is not how American politics works. A narrow Biden victory must lead to a Biden presidency, but asserting that a landslide is the way to ensure Trump leaves office, makes it more difficult to convert a narrow victory into a Biden presidency.

The coming months will be both a test and an opportunity for American democracy. The American people have a chance to stop democratic rollback in its tracks by delivering a victory to Joe Biden-a flawed imperfect and conventional candidate, but one who believes in democracy-and then doing what is necessary in a non-violent way to make sure the will of the people is honored.

This requires, planning, determination and hard work by the American people. It will not be easy, but it is doable. We Americans need to be honest and forthright about this rather than believing that another deus ex machina, in this case a landslide Democratic victory, will save us.

The best strategy for restoring and building in the US is to work for a landslide, but to plan for a narrow Biden victory that needs to be defended. If everything breaks Biden’s way and he wins 370 electoral votes and 57% or so of the popular vote, then Trump will have no choice but to slink off to Mar-a-Lago and potentially face allegations of criminal behavior.

That would be a major advance for American democracy and the rule of law. There is nothing wrong in hoping that will happen, but it is a terrible mistake to think a margin of victory that large is either likely to happen or the only way we can ensure Trump’s defeat.