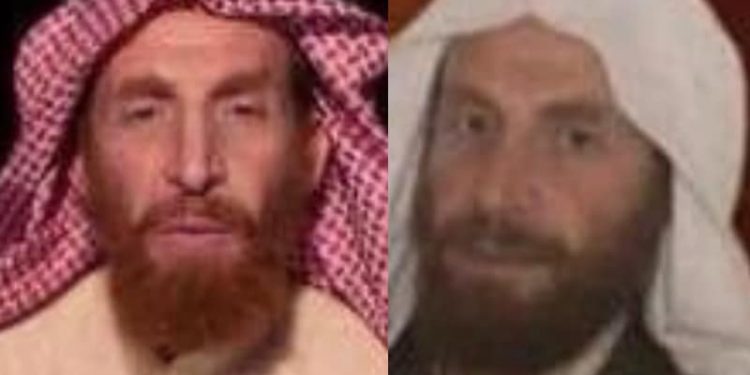 The intra-Afghan peace talks continue in the run-up to the next donors’ conference in Geneva in November. US President Trump has announced US troop withdrawals throughout his four-years in office, but it is still unlikely to happen. The war has lasted 19 years and claimed a quarter of a million lives, but if the US withdraws now, it leaves the country in the control of a fundamentalist organisation.

Thessaloniki (Brussels Morning) Al Qaeda’s second-in-command, Abu Muhsin al-Masri, was killed by Afghan security forces on Saturday, 24 October, in an attack that injured another 57 people. The incident took place in Ghazni province in eastern Afghanistan, the culmination of a special operation by the country’s intelligence services.

The region is home to the Shi’a Asand minority and is plagued by violence. Muhsin al-Masri was on the FBI’s most wanted list. US authorities having charged the Egyptian national with conspiracy to assassinate US nationals and provide resources to a foreign terrorist organisation.

On the day of Muhsin al-Masri’s killing, 18 civilians lost their lives in the Afghan capital Kabul, following a suicide attack. Retaliatory attacks are likely to continue. In September, marking 19 years of US involvement in Afghanistan, US Secretary of State Mike Pompeo noted that fewer than 200 al-Qaida operatives remain in the country. It is not clear how the killing of al-Masri will affect ongoing peace negotiations with the Taliban.

In 2001, US forces first invaded Afghanistan determined to topple the Taliban regime that harboured al-Qaida militants who orchestrated the September 11 attacks. Some three weeks ago, President Trump again announced his intention of bringing all remaining US troops back from Afghanistan by Christmas – a plan that took his own administration by surprise and was seen as compromising the Afghan government’s negotiating position.

A withdrawal by Christmas seems impracticable and logistically impossible. The claim seems to undercut the US diplomatic roadmap that links troop reductions in Afghanistan with the implementation of the agreement signed between the Afghan government and the Taliban on 29 February. That agreement envisaged full military withdrawal and, indeed, US troops have been gradually leaving Afghanistan. The road map envisaged complete withdrawal within 14 months — that is by May, 2021.

Senior US military officials have repeatedly called that objective “aspirational”. However, ahead of the US presidential elections, the commitment of “home by Christmas” has been reiterated repeatedly. That is a tall order. COVID-19 has greatly affected US military operations in the country, given the inability of already deployed troops to train Afghan personnel. Meeting that deadline would have significant security implications.

The Afghan government is trying to keep the peace talks underway in Doha, Qatar, on track. Afghanistan has suffered 40 years of uninterrupted violence rendering the country one of the most aid-dependent countries in the world, its food security resilience seriously limited.

Up to a third of the Afghan population is structurally malnourished, with an estimated ten percent on the verge of starvation.The government and the Taliban are acutely aware of the nation’s dependence on aid and are bracing for an international donors’ conference in Geneva on 23-24 November. Much is at stake for all parties in the negotiations and any progress would go a long way in securing commitments to further aid.