The Future of the January 6th Investigation  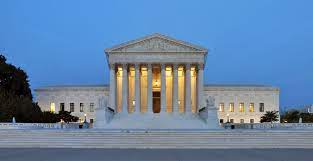 The USA, (Brussels Morning Newspaper) Over the last month, the House Select Committee to Investigate the January 6th Attack has helped us understand more about the insurrection. It might be more accurate to say that the Committee has fleshed out or proven much of what many already believed about that event. It is now clearer than ever that the Trump administration’s effort to overturn the election was intense and began at the top; many people around the President were in contact with the insurrectionists; and Donald Trump believed and perhaps expected that his Vice President Mike Pence would find a way to make Trump the winner in the election. The Committee is documenting this and by doing so demonstrating the depth to which the authoritarian Trump cult permeates today’s GOP.

There is one thing that is imperative to understand about the good work the Committee is doing — it will all end if the GOP wins back control of the House of Representatives in the midterm elections. Given the strong likelihood that will happen, the Committee is in a race against the clock and it is very likely that the clock, and therefore the GOP and forces seeking to undermine US democracy, will win. The Select Committee is a deeply partisan project, but not because the Democrats refused to cooperate with the GOP. In fact, there are two Republicans on the Committee. Rather, it is a partisan project because congressional Republicans, with the exception of Committee members Liz Cheney of Wyoming and Adam Kinzinger of Illinois, are committed to burying the truth about January 6th. Most continue to adhere to the official Republican line that those events constitute “legitimate political discourse.” This means that one of the very first things the Republicans will do if they win control of the House of Representatives is to disband or otherwise defang the Select Committee.

Thus, there is a de facto deadline of the end of this year by which the Committee must wrap up all its work. There is a possibility that the Democrats will hold on to their majority in the House, but the odds of that happening are slim. The expiration date on the Committee’s work not only forces them to work quickly, but it also incentivises those people being investigated or subpoenaed, or who have documents that have been requested, to stall. Although it is still only February, every document request that is not immediately honoured and every witness who finds ways to delay before testifying increases the pressure and makes it less likely that the Committee will be able to do its work. This point is not lost on the insurrectionists or on their GOP enablers.

In recent weeks Donald Trump, who is still the leading candidate to be the GOP nominee for president in 2024, has indicated that, if elected, he will pardon people who are convicted of crimes related to the insurrection. There are a lot of contingencies before this becomes a reality, but by raising the possibility of those pardons, Trump further disincentives cooperation with the Committee. Any witness or defendant who is not sure whether they want to cooperate with the Committee or with other legal procedures now can believe that if they don’t cooperate and are found guilty of contempt or other charges, they have a get out of jail free card in the form of Trump returning to the White House.

Given all this, it is unlikely that the Select Committee will be able to have all of its questions answered. Nonetheless, the Committee is improving our understanding of those events and connecting the dots for anybody who still does not understand the extent to which the insurrection was violent, coordinated with support from the White House, part of the broader context of what should be seen as Trump’s effort to steal the election and of how very real the threat of much greater violence was.

The question of what to do about this is a political one that, at least on the national level, may well flounder on the rocks of a Republican-led Congress. Americans who believe in democracy and who remain deeply troubled by the events of January 6th must begin to reckon with the great likelihood that in ten months there will be no more meaningful congressional examination of the insurrection. Criminal justice procedures will continue, but that is not a good way to learn about the political side of what happened around the insurrection.

The future of the Select Committee is a reminder of how much US democracy will be set back if the Republicans regain one or both Houses of Congress in the midterm elections, but also that we cannot rely on our institutions to help rebuild our democracy as long as one of our major parties opposes that project.