The future of democracy is co-created 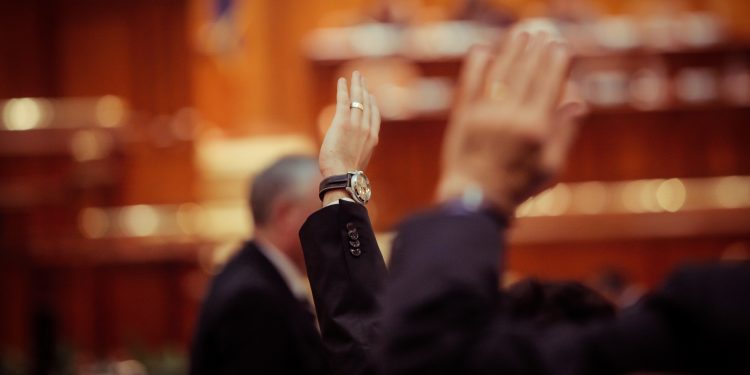 Alexandros Melidis makes the case for the mainstreaming of participatory methods in the development of transparency and open governance policies, reflecting the good practices set by the UN-sponsored Open Government Partnership (OGP).

Athens (Brussels Morning) As the COVID-19 public health crisis unfolds, these are testing times for democratic standards. The 2020 Economist Democracy Index leaves little doubt: democratic benchmarks have dropped to their lowest level since the inception of the index in 2006. However, the future of popular governance may not be as bleak as it appears.

There are countervailing forces at play, like the Open Government Partnership (OGP) that is inspiring a new generation of reformers, blazing new trails in democratic governance.

OGP is a multilateral initiative launched on the sidelines of a UN General Assembly in September 2011 with the support of Brazil, Indonesia, Mexico, Norway, the Philippines, South Africa, the UK and US. It is a synergy between reform-minded public sector officers and civic advocacy groups that harness the power of information technology to improve access to information, empower citizens participation in public decision-making and fight corruption.

In September 2021, the OGP initiative will celebrate its 10-year anniversary. Focusing on everyday practical issues, such as access to water, the platform now enjoys the backing of 78 national governments, a growing number of regional authorities and thousands of civil society organisations.

At the heart of the OGP approach are thought-through, well-designed policy initiatives accompanied by specific political commitments and two-year national action plans. Examples of excellence in democratic policy innovation abound in the OGP global community.

In 2002 a major scandal erupted in Estonia, when a former MP confessed to funneling money of murky origin to his party’s coffers. The president at the time, Toomas Hendrik, addressed citizens’ protests by launching a public consultation project aimed at contributing collective intelligence solutions to the country’s problem with corruption. In a joint effort, the president and civic advocacy groups created “Rahvakogu”, a crowdsourcing platform designed to consolidate a program for the reform of political financing regulation, the electoral system and citizens’ participation. Seven out of 15 proposals put forward by the platform were ultimately endorsed and adopted into law.

Ukraine, a country whose oligarchic networks had a monopoly over public resources for decades, today boasts DeZorro, a platform that brought unprecedented levels of transparency and civil society scrutiny to its previously opaque public procurement system. The platform enables the public monitoring and scrutiny of public procurement contracts: in less than two years, there are more than 1,200 cases in which a supplier was dropped as a result of civic involvement and scrutiny.

Beyond the narrow scope of two-year action plans, the OGP networks’ multi-stakeholder community generates immense value for the global transparency movement by creating a culture of public engagement in transparency and anti-corruption efforts.

For more than a year, the challenge presented by the COVID-19 pandemic is to uphold high democratic governance standards while effectively containing the pandemic, thereby minimising human and financial losses. To this end, providing governments around the world with best practices that can be mainstreamed is of the essence.

OGP has recently published a guide that makes the case for an open government approach to coronavirus-related policy, focusing on whistleblowers protection and scientific integrity. The guide draws from the work of expert OGP partner organisations, such as Transparency International, and provides sound recommendations by reference to specific countries.

Today, EU member states are preparing to meet the December 2021 deadline for the adoption of the Whistleblower Protection Directive. To this end, OGP is in fact a legitimate and valuable source of regulatory guidance, as it provides recommendations informed by the widest possible range of stakeholders. For the countries that use it, the results are impressive. With an exemplary implementation of its 2014-2016 action plan, Ireland empowered all working citizens to disclose workplace violations and receive comprehensive protection.

Citizens who decide to blow the whistle are the heroes of our troubled times and whistleblowing is one of the most effective ways to uncover corruption. Therefore, EU member states face a historic challenge and opportunity to make the most of the OGP network expertise, participatory methods, and develop effective whistleblower protection regulation. The people of Europe need to see political leadership and a clear commitment to the principle of co-creating the future of our democracies.