The filibuster and the future of the senate 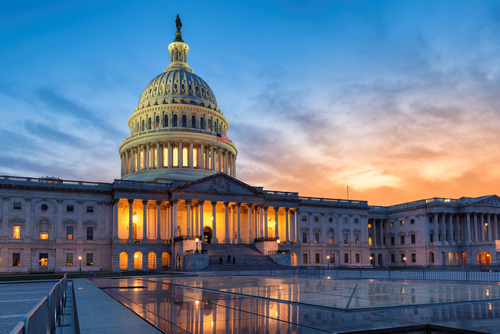 Could it be the end of the filibuster in US law making, asks Lincoln Mitchell.

New York (Brussels Morning) One of the most important debates in American politics today is around the senate filibuster. The filibuster is not in the Constitution, nor is it a law. Rather it is a senate rule that has changed and evolved over time. In its current form it is not so much a real filibuster as it is a requirement for cloture. In layperson’s terms, that means that currently almost any bill requires 60 of the 100 senators to vote to end debate before a vote on the bill can be taken. Practically speaking this means that all it takes to block any legislation is for the minority party to have 41 votes. As the senate has become a more deeply partisan institution, this makes it extremely difficult to pass any legislation.

It is not an exaggeration to say that Joe Biden’s legislative agenda, and, because of the For the People Act that is currently in front of the senate, the future of American democracy, both depend on abolishing the filibuster. Again, because the filibuster is a senate rule it would only take all 50 Democratic senators, and a tie-breaking vote from vice-president Kamala Harris, to end the filibuster.

As recently as a year ago, it seemed very unlikely that the filibuster would be significantly altered. Democratic presidential candidate Joe Biden was hesitant to take such a step as were several of the more conservative Democratic senators like West Virginia’s Joe Manchin and California’s Dianne Feinstein. This reluctance stemmed from a lingering vision, or perhaps fantasy, of a more cordial senate where there was cooperation across party lines as well as a fear that with no filibuster Democrats would be vulnerable the next time the Republicans controlled both houses of congress and the White House, as the Democrats do now.

In recent weeks, Biden, Feinstein and Manchin have indicated they are open to substantially weakening the filibuster. This may be doable because it is there is a lot of grey area and room for compromise around the filibuster. For example, it might be possible to increase the kinds of legislation that are exempt from the filibuster, as Supreme Court nominations currently are. There is also the possibility of returning to what is now being called the “talking filibuster.” This would require senators seeking to filibuster a bill to remain on the senate floor and talk, rather than simply vote against cloture. It would lead to delays in voting on some bills, but in most cases the vote would still be held.

The most outspoken supporter of the filibuster is probably Senate Minority Leader Mitch McConnell, who has wielded it expertly in recent months as well as during the first six years of the Obama administration. McConnell understands the value of de facto minority veto in the senate and is clearly terrified of losing that tool. For a Republican Party that has not received a majority of votes in a presidential election since 2004 and whose political base is much older and whiter than the rest of America, this senate veto power means that it is not necessary to compete for more votes or to expand their support. Rather, as long as the Republican Party can hold 41 senate seats, something that is relatively easy, the GOP can stymie progressive legislation.

There is another danger in preserving the filibuster in its current form. The filibuster, if unchanged, will ultimately lead the senate to marginalize itself. The Constitution gives the senate enormous power. It ratifies treaties, confirms the cabinet and federal judges, including Supreme Court justices, and must approve of any legislation before it becomes law. However, if the senate continues to be the choke point in the legislative system where the angry white minority that is the engine of the Republican Party is able to stop any legislation, that power will begin, or more accurately, continue, to wither.

The US system of government has always been oddly flexible. If one structure stops working, others will take its place. A dysfunctional senate will mean more governance through executive orders and federal agencies-in other words a stronger presidency. In a democracy, it is best when elected officials discuss and vote on legislation, but when that cannot happen, much of governance falls to unelected bureaucrats and judges. That trend, which is already occurring in the US, will continue to accelerate if the filibuster remains. Additionally, a federal government that cannot pass laws will lead to states and local governments doing more. The impact of that will depend on the state. States like California already have much more progressive laws, policies, budgets and regulations than the national government, while others like Alabama or South Dakota are more conservative than Washington.

In the last several years the notion of abolishing the filibuster has migrated from an obscure idea to an important part of the progressive agenda. The filibuster is now more precarious than at any time in decades. The stakes could not be higher. The senate can either remain a hostage to antiquated rules with their roots in efforts to defend white supremacy or it can once again be an important part of the project of American democracy, but it cannot be both.