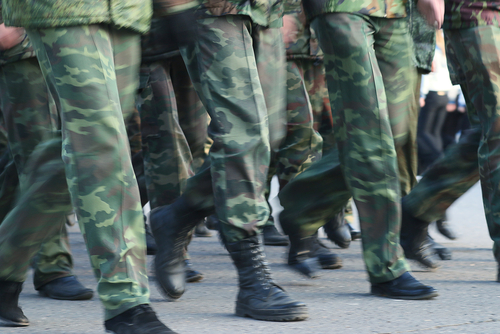 Towards peacebuilding, mediation, and neutrality or rising military power

Brussels (Brussels Morning) Throughout 2021, Europe was forced to make decisions and take action in response to a number of crises as they arose.

The Belarus humanitarian crisis, conflicts in the Caucasus and the Middle East, the issue of external border protection, the future structure of the European Army, and EU funding for R&D have been among the issues demanding political leadership.

To counter these threats and the multiple crises that Europe is facing, the EU assumes that a more militarised approach to foreign policy is the correct and rational course of action. Critical reflection is urgently required if this view is to  be properly assessed.

Certainly, it is crucial to stand up for peace and to be be prepared to counter the rising international tensions that are ushering in a new Cold War. An unchecked increase in the overall military budget will result in an escalation of the arms race, with Europe at the forefront. External factors should also make Brussels aware of the militarist approach that to date has been proposed several times.

The past has already taught us that the European continent is once again in grave danger of becoming a likely site for military atrocities.

Despite this, fewer Europeans think it will be necessary to sacrifice civil liberties in response to a regional conflict or a security crisis. The plan should be for partial regional or state disarmament, the ultimate goal being to establish a modernised, high-tech European Response Force.

The EU should invest more in mediation projects and in diplomacy, given that they are the most effective tools available for reducing threats to peace. Last but not least, all EU member states must ratify the Nuclear Non-Proliferation Treaty.

In the coming months, the European Left is planning to advocate cancellation of the currently conceived European Army project. This decision is also reflected in the European Forum‘s Declaration: “It is from this perspective that we raise the need for a debate in society around a concept of collective security that rejects those who want to drag us into a new Cold War, one that argues that a more peaceful world is a safer world, with the implementation of fair and transparent trade rules that are essential for the well-being of all the peoples of the world”.

Brussels Morning in the person of Dr. Angelos Kaskanis discussed the EU’s new militarism vision with Heinz Bierbaum ,a sociologist and economist, whose academic work focuses on industrial and social policy.

Bierbaum  is the head of the international committee of Germany’s Die LINKE party and has been elected President of the Party of the European Left. Bierbaum served as secretary of the Industriegewerkschaft Metall Union from 1980 to 1996 and was a member of the regional parliament of Saarland (2009-2017).

AK: Military industry lobby groups are working towards an international organisation that will replace NATO, a financial paradise for the arms trade. How can civil society advocate a neutral model that is commited to conflict prevention?

HB: The European Left has always declared itself to be for the dissolution of NATO and for a new pan-European collective security system, based on the OSCE and the European Council – a rejection of the militaristic approach policy.

It goes without saying that the aim is not to replace one military organisation with another. We are committed to shaping and campaigning for concrete ruptures with the “old style security logic” in order to bring about new convergences and cooperation between the peoples and nations.

This could be done through international solidarity, working through grassroots organisations and political spheres to build up a culture of peace, mobilising against US military bases such as Rammstein, or supporting dockers striking against the Yemen war, as happened in Genova.

AK: Europe’s dependence on the United States for its security for the past 70 years also meant political dependence on regional or global conflicts. Where do you see Europe after 30 years if a masculine style brutal military power is chosen?

HB: Power politics based on masculine military power has brought us to the current geopolitical situation where for the last century American imperialism has been implementing aggressive politics towards too many nations of the world.

We think that the reintroducing such an attitude would be unacceptable again were we to put social justice and peace at the core of our actions. So it is imperative that we work precisely to reverse this. Europe must develop an independent geopolitical attitude working for collective security with Russia, refusing the US strategy of a New Cold War towards China and try to build itself as a diplomatic power to establish and reinstate humanitarian, cultural and economic co-operation.