The EU sees the W. Balkans as a Buffer Zone with Turkey 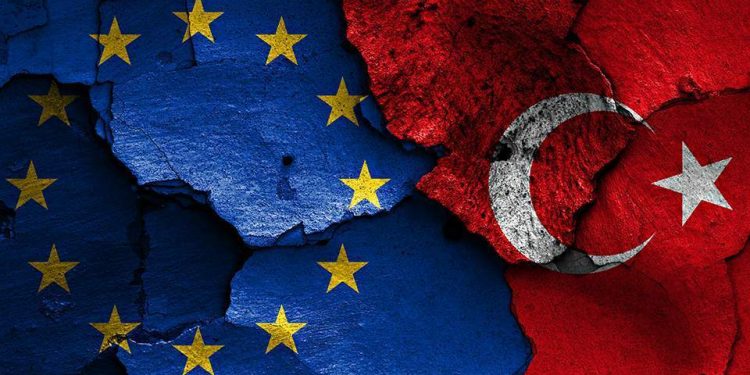 Thessaloniki (Brussels Morning) The EU strongly criticized Turkey in its recent report on 2020 EU enlargement policy making it plain that there is now a huge gap in relations between the two sides.

The EU accuses Turkey of not being invested in the democratization process, whereas Ankara points the finger at Brussels, suggesting the EU is pursuing an elitist and implicitly neo-colonial agenda.

On a foreign policy level, the two sides find themselves further apart than they have been for decades — so much so , in fact , that the most recent report on enlargement has been  interpreted in certain foreign policy circles as an attempt by Brussels to create “a Balkan Buffer Zone.”

Brussels Morning approached Ms. Hazel Çağan-Elbir for a Turkish assessment of the recent enlargement report. An analyst at the Centre for Eurasian Studies, her research focusses on EU-Turkey relations, as well as US engagement with the Caucasus, with an emphasis on such elements as propaganda, human rights, and terrorism

Brussels Morning: What was positive about this latest enlargement report?

Hazel Çağan-Elbir (HÇE): The EU reiterates its strategic interest in developing a stable relationship with Turkey based on mutually beneficial cooperation in a secure environment. The degree of importance of such cooperation is also acknowledged in Turkey.

Brussels Morning: Yes, but given current tensions in the East Mediterranean, relations between Brussels and Ankara appear to have reached a new low.

The EU encourages confidence-building measures between Greece and Turkey and is supportive of sustained direct bilateral exploratory talks regarding the delineation of an Exclusive Economic Zone and Continental Shelf. That is welcomed in Turkey.

The EU also expresses a wish for widening the scope of this bilateral engagement. However, although there is an emphasis on avoiding unilateral action in the Eastern Mediterranean, it is important to maintain a balance on how exploration activity is monitored for both sides.

Brussels Morning: So, what is clearly negative about the report.

This specific phrasing was not used for the first time in this report. On May 29, 2019, the former High Representative for Foreign Affairs and Security Policy/Vice-President of the Commission Federica Mogherini authorized the publication of a report entitled “‘Reforms in the Western Balkans and Turkey: Annual Assessments and Recommendations.” Therein, the “Western Balkans” are reassured, as a region, that they are “part of Europe and will be a part of the EU in the future, too.” That is not the case for Turkey.

The European Union strives to project an image of a value-and-normatively driven community. However, these norms are not consistently applied and there seems to be a selective application of enlargement criteria. Consistent application of norms is the only way that progress can be made to advance common interests.

Turkey is a country that strives to do its part in the EU accession process. It is pleasing to see that Turkey’s efforts are recognized in the report. However, Turkey’s perception of progress does not seem to be reflected, which is essential for the evolution of a process that is founded on mutual respect and trust.