The East Med after the US Elections 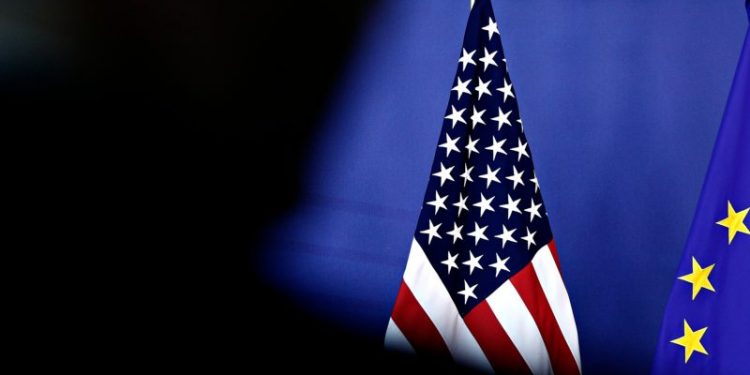 Brussels (Brussels Morning) Both Greek and Turkish media seem to suggest that President Biden’s victory will favour Greece and Cyprus over Turkey.

The unfolding crisis over energy resources not only undermines the credibility of NATO as a collective security organization unable to balance the interests of its own member states, but indirectly the role of Washington as the ultimate guarantor of Euro-Atlantic security.

Washington also knows that its role in the Middle East has reached a crossroads. The Eastern Mediterranean crisis involves a dispute over energy resources that could undermine regional stability altogether, spilling over from Libya and Egypt and Israel to Lebanon. Rebuilding US influence in the region will not be a simple proposition.

Ankara and Syrian Kurds could benefit from the new Biden Administration, perhaps restoring some of the US support so suddenly withdrawn.

On an interpersonal level, there is no love lost between Turkey’s President Erdogan and the President-elect. Biden has publicly supported the Turkish opposition, being explicit about his preference for a change of guard in Ankara. Furthermore, Team Biden appears to include people not particularly friendly to the Turkish lobby.

However, as an “institutional leader” who seeks to break with the last four years of Trump’s American neo-isolationism, it is not in Biden’s interests to alienate Turkey altogether. One should expect closer cooperation and a common position with the EU-27, perhaps taming French plurilateral initiatives. The idea now is the affirmation of the Transatlantic Partnership.

To gain a deeper insight of the expectations in Turkey of the new US Administration, Brussels Morning speaks to Dr. Dimitris Tsarouhas, Associate Professor at the Department of International Relations at Bilkent University, Turkey. Adjunct Professor, George Washington University. Visiting Researcher, Georgetown University.

BM: How will the US elections affect the Eastern Mediterranean political scene?

DTS: The US election outcome will reinforce some existing trends in the East Med region but is likely to act as a brake for others. The Biden administration will continue the close and fruitful cooperation with Greece as well as Cyprus. Athens has positioned itself as a bulwark of stability in a volatile region and will reinforce the message to the new President. The two countries’ high-level cooperation will continue and possibly deepen, given cross-party consensus in both Washington and Athens for this partnership to flourish.

On the part of Turkey, however, the new occupant of the White House will lend less of a friendly ear to Ankara’s demands and will exert more pressure than the Trump administration on Turkey to change course in its East Med explorations. The extent to which that pressure will be intense enough to force the hand of President Erdoğan will depend partly on who takes over the Department of State and the stability of the governing coalition in Ankara, with the nationalist coalition partner upping the stakes in the face of a potential softening of Erdoğan’s rhetoric.

BM: What relationship can the EU and Turkey have after 2020?DTS: The EU-Turkey relationship has deteriorated sharply this year, primarily because of Turkey’s East Med explorations, its reaction to the Greece-Egypt maritime agreement and heightened tensions with France. The latter will colour relations for some time and will hardly allow for any improvement. France appears to be advocating a “nuclear option” of ceasing the Customs Union with Turkey. This is unlikely to be adopted soon, not least due to the economic costs involved, but reinforces the “stick” the EU can use vis á vis Ankara. The current EU sanctions are toothless and largely ineffective, a symbolic sign of solidarity towards Greece and Cyprus rather than a consequential sanctions policy. Their extension signals continued displeasure with Turkey’s overtures in the region and suggests that, as far as the EU is concerned, the ball remains firmly in Ankara’s court, that it should change tack, begin talks with Greece and cancel the current NAVTEX policy.