The Diverse Latino Vote in the United States 2020

by Carlos Vargas-Ramos
in Features, US Elections 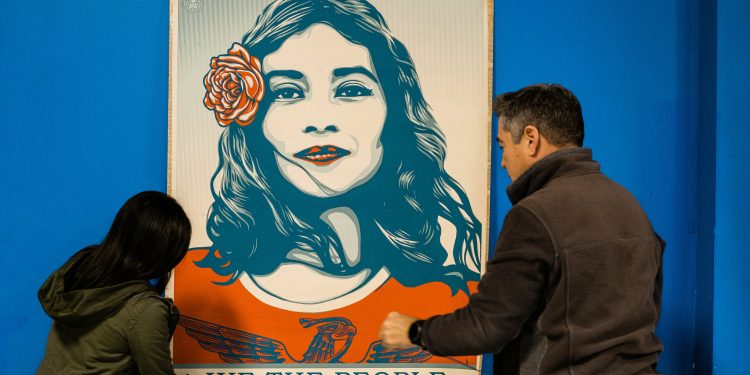 New York (Brussels Morning) The story of the 2020 general elections in the United States will be one of tremendous mobilization and intensity, which resulted in a remarkable increase in participation. Latinos were expected to respond to that mobilization with increased participation as well.

For decades, questions about the impact of the Latino vote have popped up in the media, driven by the large and rapid growth of this segment of the population. However, the impact of this group at the national level is attenuated by their heterogeneity stemming from their diversity in national origins, youth, geographical distribution, relatively lower socioeconomic standing, and their relative neglect as targets of electoral mobilization. The closeness of the race, how issues have been framed and politicized, and increased outreach from political parties have nevertheless spurred Latino participation.

Only half of Latinos eligible to vote

The growth of this population of 60 million has been notable. In 2019 they represented 18 percent of the total population of the United States; growing by 19 percent since 2010 and more than four times since 1990. Hispanics nevertheless represented a smaller segment of the population that is eligible to register to vote—13 percent—due to their youth and the proportion of US citizens in their midst. Nearly one-third of Hispanics (18.6 million) are minors. Another 18 percent are foreign-born not naturalized as US citizens.

Therefore, nearly half of Latinos in the United States were ineligible to vote (the corresponding proportion for non-Hispanic whites was one-fifth). Yet, in the 2016 general elections, Hispaics represented 9.2 percent of the electorate, three and a half times (2.6%) what it was in 1980. Therefore, in spite of their relatively reduced numbers in the electorate, given how close elections for president have been in the past twenty years, their impact may nevertheless be notable. Yet, this impact is conditioned on a number of factors; most salient among them is their voting as a bloc and their geographical concentration in competitive jurisdictions.

Hispanics are not homogenous. They are an aggregation of people of diverse Latin American or Spanish origin or descent who may be in the United States for generations or recently arrived. Initially used in reference to the Mexican-origin (61%) and Puerto Rican (10%) populations brought into the orbit of the US during its territorial expansion in the 19th century, Hispanics now encompass millions of Latin Americans from other countries (and their descendants) who arrived mostly as labor migrants or refugees or people displaced by violent conflicts in countries in which the United States often played a leading role.

Their diversity is reflected in their political preferences. A report by the Pew Research Center describes their partisanship: 63% identified or leaned toward the Democrats; 29%, toward the Republicans. This pattern has been fairly consistent over time. Latinos may not vote in bloc, but they are consistent supporters of Democrats at the national level. Their impact, however, resides on whether they turn out to vote, do so proportionately and in competitive states.

In this electoral cycle, the vast majority of Hispanics voters favored the Democrat candidate for president, Joe Biden, at a rate of 67% compared to 26% for the Republican candidate, Donald Trump, according to a large national survey of Latino registered voters. (Five percent was undecided.) This support for the Democrat cut across all national origin groups. In recent elections, the Democrat presidential candidate has received support from Hispanic voters at a rate of 79% (2016), 75% (2012), and 72% (2008).

Hispanic heterogeneity is evident also in their geographic distribution: those of Mexican origin in the Southwest, Puerto Ricans in the Northeast, and Cubans, mostly in Florida. However, dispersion is nowadays more common among all Hispanic national origin groups. Yet, three states (California, Florida and Texas) contained the majority of the Hispanic population.

In combination with another three states (Arizona, New Jersey and New York), they contained two-thirds of all Latinos in the United States. By and large, Latinos live in non-competitive states. This reality mitigates against their wholesale mobilization by political parties. Of those six states mentioned, only Arizona and Florida were truly competitive in 2020, alongside Pennsylvania.

Healthcare important for the Latino vote

Issues of public health were prime movers for Latinos. Fifty-five percent identified the response to the COVID-19 pandemic as the most important issue the next president needed to address, along with lowering the costs of healthcare (28%): Hispanics have been disproportionately affected by the coronavirus as essential workers; their access to healthcare has been hampered by lower levels of health insurance.

Improving the economy and raising wages ranked third (27%) as a priority: Latinos have also been disproportionately affected as the economy slowed down in response to the pandemic. Addressing racism and discrimination (24%) stood out as a public policy issue when they did not feature prominently in 2012 or at all in 2016: two-thirds of Latino voters had a favorable view of Black Lives Matter. Immigration reform and immigrant rights (22%) occupied a fifth place as a priority in 2020, when they ranked in first and second place in 2016 and 2012, respectively.

The prominence and rank-order of these issues inclined Latino voters toward Democrats over Republicans. Moreover, these issues resonated with Hispanics voters as Democrats had framed most of them as their leading campaign issues.

In a tight race, political parties have reached out to voters whom they had ignored in past elections. In 2012, 31% of Latino voters indicated that they had been prompted to turn out to vote; 35% in 2016. In 2020, get-out-the-vote efforts surged: 64% of Hispanic voters reported being contacted by a campaign. Such nudges took place not only in competitive states but across the country.