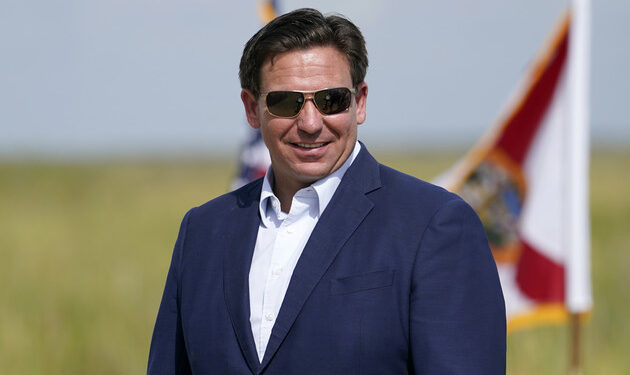 The USA, (Brussels Morning Newspaper) In recent weeks, Ron DeSantis has not only consolidated his lead among the potential non-Trump candidates for the Republican nomination in 2024, but has begun to emerge as a strong potential challenger to Donald Trump for that nomination. Because of DeSantis’s popularity, for the first time in over seven year, Trump is not the overwhelming frontrunner for his party’s presidential nomination in the next election.

This may be perceived as good news for both Democrats and Republicans. Democrats have long harbored a deep anger and frustration with Trump and believe, not wrongly, that he represents an existential threat to American democracy. Republicans obviously feel differently, but even many Republicans who like Trump are beginning to recognize that he is not great at winning elections. He barely won in 2016 despite losing the popular vote, lost definitively in 2020 and is trailing Biden in some polls for 2024. Therefore, the possibility pushing Trump aside in favor of a fresher and younger candidate like DeSantis is something about which most Republicans should be happy.

Unfortunately for the GOP, politics, particularly when it comes to Donald Trump, is never that simple. Although DeSantis is, by most measures, probably a better GOP presidential candidate than Trump in 2024, the former president should not be counted out yet. Although the most recent polls are not great for Trump, there is little reason to think he will decide not to run and very few, if any, people inside of the Republican Party can stop him.

Trump needs to run in 2024, not because he has a good chance of winning-he doesn’t-or is the GOP’s best hope of stopping Biden-quite the opposite. Rather, Trump must run because he needs the attention. As soon as DeSantis or any other candidates get in the race and begin campaigning against each other, if Trump is not in, he will no longer be relevant and fewer people will care what he has to say. Trump’s endorsement would be very valuable in a primary, but the national media, Republican candidates for other offices and even Democrats would pay less attention to him. It is an extraordinary thing to suggest that a former American President has a child-like, and my apologies to young children-need for attention above anything else, but this Donald Trump we are talking about.

Reading too much into polls this far before the election is also a mistake. A few bad polls for Donald Trump does not mean he cannot win his party’s nomination-and he may still be the frontrunner. Any candidate looking at a presidential run would be foolish to decide not to run based on polls this early. This is particularly true of a candidate like Trump who is pretty selective about what polls he believes. This is a long way of saying that if his health holds up, Trump is still very likely to run for president in 2024.

A Republican primary with Trump and DeSantis as the leading candidates would be very competitive and difficult to predict. DeSantis is younger, has lower negatives and would probably be a stronger general election candidate, but he has also never been the target of Trump’s ire, and that of his voters, before. Trump might not be able to turn his supporters against DeSantis, but the GOP is laden with politicians whose fortunes have fallen when Trump has turned on them.

There is another aspect of a potential Trump-DeSantis primary battle that cannot be overlooked. If DeSantis, or anybody else, edges Trump out for the GOP nomination, the GOP may have a stronger candidate for president, but they will also have a defeated Donald Trump on their hands. Trump’s record of accepting defeat could charitably be described as murky. If he loses the primary, it is not hard to imagine Trump claiming fraud, continuing to attack the nominee, turning on the Republican Party or even running an independent candidacy for president.

Trump’s position relative to the Republican Party is that of a weakened frontrunner and a terrible general election candidate. That is precisely the kind of candidate who should either figure out that there is little to be gained by running or be dissuaded from running by influential party leaders and donors. However, that requires a degree of rationality that neither Trump nor the GOP leadership have. Instead, the rise of DeSantis and relative decline of Trump could potentially create a significant problem for the party, one that might even be enough to get Joe Biden reelected. That is a best case scenario for the Democrats, but relying on the opposing party to implode is a poor strategy. Nonetheless, if the Republicans don’t find a way to resolve the problems that Trump is continuing to create for their party, it may come to pass.