The Catholic Church could be losing its grip in Poland 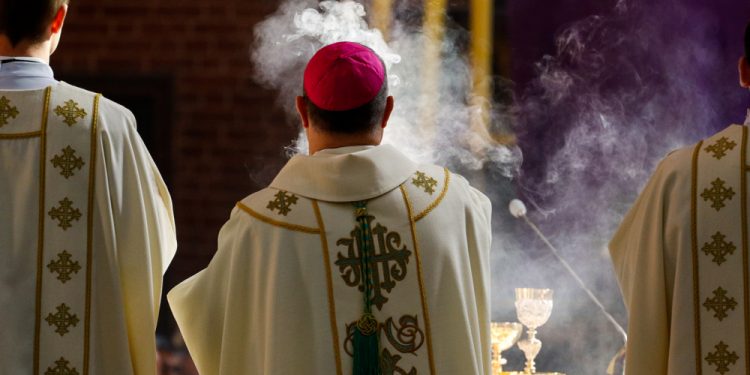 Bishop censes incense during Chrism Mass in the Cathedral Church of St. John the Baptist and St. John the Evangelist

Brussels (Brussels Morning) The Catholic Church could be losing its grip in Poland, according to recent polling and other data, RFI reports today.

The results of a poll from earlier this month show 41% of respondents have a positive view of the Catholic Church, down 16 percentage points compared to March this year. At the same time, about 47% of Poles view the Church in a negative light.

The Church has come under severe pressure this year following a series of sexual abuse scandals, perceived connections with the government, negative media reports and criticism from the Vatican.

The October ruling of the Constitutional Court instituting a near-ban on abortion prompted demonstrations across Poland and was very harmful for the Church. Because of the severity of the public outcry, the government backed away from enacting the ruling.

According to official figures, citizens are increasingly pulling their children out of religion classes in schools. About two in three Poles now indicate that parishes, rather than schools, should take the responsibility for religious education.

The number of Poles formally de-converting is on the rise as well, according to the apostate websites licznikapostazji.pl and apostazja.eu. Krzysztof Gwizdała, creator of the latter, pointed out that applications have increased significantly since the Constitutional Court ruling.

The Church’s statistics office decided to again keep track of received apostasy declarations after a 10-year hiatus, having received just 459 in 2010. According to licznikapostazji.pl, more than 1,000 applications had been submitted in the space of just two weeks, while apostazja.eu states more than 30,000 Poles filled out apostasy declarations, which are ready to be submitted to their parishes.

Possible cause of declineAccording to Marcin Kaczmarek, a sociologist at the University of Poznań, the reason the Catholic Church is losing influence in Poland is not so much because of the sexual abuse scandals,as such but more to do with its reaction to the scandals and how it is responding to them. The Church, he says, “seems torn between its corporate interest… and respect for its own teachings.”