The bivariable perspectives on rule of law in Georgia 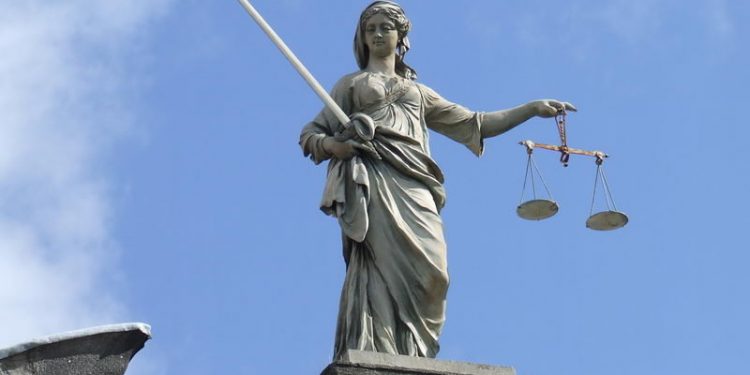 New York (Brussels Morning) In statecraft, as in life, being right is too frequently the constellation prize. This is the conundrum facing the Georgian government as they confront the impact of their decision to arrest Nika Melia, the leader of the country’s largest opposition party, the United National Movement (UNM). The arrest was one of the first major acts of Georgia’s new prime minister Irakli Garibashvili. Garibashvili is a hard-liner who previously served in this office from 2013-2015 and is understood to be very close with Bidzina Ivanishvili who, despite his claims earlier this year that he was leaving politics, is still widely understood to be extremely influential in Georgian politics.

The case against Melia is not ambiguous. He violated the terms of his parole, most notably by publicly removing the tracking bracelet he was compelled to wear. The political impact and wisdom of arresting him is less clear. Since the recent elections last October, Georgia has been mired in something of a stalemate because opposition forces have been boycotting parliament citing widespread election fraud and demanding snap elections. The election was flawed, according to most observers, but not so much that the outcome, which was a clear victory for the ruling Georgian Dream (GD) party, should be overturned. Thus, the government does not want to have snap elections or negotiate with parties that refuse to accept the outcome of a far from perfect but nonetheless largely legitimate election.

Talk about a revolution

The UNM after nearly a decade of losing elections to the GD continues to turn to other means including widespread protests, occasional lawlessness and clumsy talk of revolution as a way to return to power. The GD, for their part, has not consolidated the democratic gains from its 2012 election victory and has let Georgia’s democratic trajectory remain essentially in neutral. In this context, the legal argument for arresting Melia remains strong, but the political wisdom of the decision less clear.

A recent statement by Irakli Kobakhidze, the Chairman of the Georgian Dream, sums up the government’s view. “(T)he path to reducing polarization lies precisely through the unwavering protection of the dignity of the state and the implementation of the principles of the legal state and the rule of law. Polarization is caused not by the imprisonment of so-called politicians but by the presence of criminals in politics.” Kobakhidze’s statement is not entirely wrong but it is lacking in political deftness. Rule of law is an essential component of democracy and fears of polarization should not be used to restrain the rule of law. That tradeoff, whether applied to Melia or the Trump regime, is never worth it. However, the second half of the statement is less useful. Referring to Melia as a “so-called politician” and stressing “the presence of criminals in politics” heightens, rather than reduces, tensions.

Kobakhidze and the GD are also chafing under strong condemnation from the west, particularly the US, that they see as fitting into a larger pattern of western powers never fully confronting the criminality of the UNM going back to when they were the party running Georgia. The US Embassy statement regarding Melia’s arrest is a good example of this. “We are dismayed by the polarizing rhetoric from Georgia’s leadership at a time of crisis. Force and aggression are not the solution to resolving Georgia’s political differences. Today, Georgia has moved backward on its path toward becoming a stronger democracy in the Euro-Atlantic family of nations.” This statement reflects a real concern that the GD’s heavy-handed tactics will damage Georgia, while not fully addressing the lawlessness of the UNM. The GD, in turn, has focused on the latter issue, rather than recognise that what they are doing is unlikely to move Georgia forward.

Both the Georgian government and its most powerful western partner have backed themselves into corners on this question. For the US, the question is whether repeating the same points and giving the same advice, while not confronting why that advice isn’t landing, is better than attempting to see the problem just a little bit more from the perspective of Georgia’s elected leadership. For the GD, the challenge is to move away from a strict and somewhat self-serving focus on, and definition of, rule of law and begin to take a more nuanced political approach to addressing the less than productive role the UNM plays in Georgian political life.

In some respects, the challenge facing both Georgia and western allies like the US is the same. Both would benefit from being less wedded to the idea of being right and by taking a more solutions-oriented approach. For the GD this would not mean calling for new elections or acceding to the opposition’s demands but ratcheting down their rhetoric and recommitting themselves to meaningful democratic reform. For the west, particularly the US, this means recognising that loud statements suggesting that the GD is solely responsible for the problems of democracy are a cudgel that creates at least as many problems as it solves.