The Biden Administration, COP26 and the Role of Smaller States 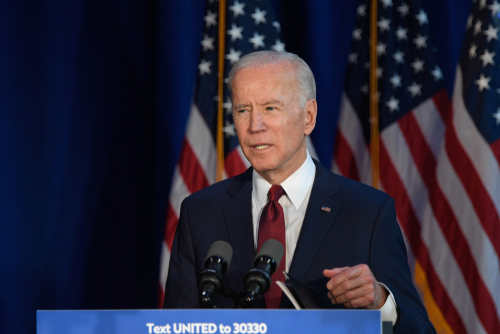 New York (Brussels Morning) Unlike any American president before him, Joe Biden has placed the fight against climate change at the centre of US domestic and foreign policies. The Democrat has pledged unprecedented funding for the fight in his spending bills and appointed a full-time climate czar, former Secretary of State John Kerry, to his cabinet to coordinate policy.

Later this month, the Biden administration will have the opportunity to mobilise the world against the climate threat at the United Nations Climate Change Conference in Glasgow, known as COP26. This conference will bring together 197 heads of state to outline the next steps in the campaign. Simply being there, and displaying an understanding of the gravity of the situation, will allow President Biden to set an important new tone for the international community.

But this will not be enough.

The need to work cooperatively and concretely with other countries must be an essential part of US strategy moving forward. However, this is often framed as just being the domain of the Great Powers: China and the U.S. must cooperate, for example, and Russia and the US, despite their considerable differences over policy. Another framing is that allied countries must show the way, particularly the US and the European Union.

But while these are undoubtedly important aspects of the international effort, it overlooks the role that smaller and developing countries can play. China, Russia, the U.S., and the EU must actively reduce carbon emissions and find innovative ways to produce energy and food. Still, the idea that they are the only ones having creative ideas is both absurd and wrong.

One small country that should be recognized both for its commitment and innovation is the United Arab Emirates. The UAE may seem like an unlikely player, given its position as a major oil-producing state. Still, Abu Dhabi has recognized and accepted for years that the world is inevitably moving away from fossil fuels. It is also situated in a part of the world actively experiencing global warming and thus can see the threat to its climate.

The UAE has taken several steps to position the country as a regional leader on climate change and is an interesting case study for other world leaders. The UAE, for example, is the first Middle Eastern country to announce a Net Zero goal by 2050. In doing so, Abu Dhabi is fully aligned with the Paris Climate Accords. The UAE has committed $160 billion to this effort and pledged close cooperation between its government and the private sector.

As part of this plan, the UAE submitted the steps it would take to achieve this goal following the UN Framework Convention on Climate Change (UNFCCC). It was the first Mideast country to do so. These steps include reaching the goal of reducing total greenhouse gas emissions by 23.5% relative to previous years, which will translate into an absolute emission reduction of about 70 million tons. The UAE is also building up its clean power capacity, including solar and wind, to help meet these goals. The country is now home to some of the largest solar farms in the world.

Agriculture and horticulture are also essential parts of the UAE’s climate plan. Abu Dhabi will plant 30 million mangrove seedlings during this decade as part of an effort to preserve coastal ecosystems. Additionally, the UAE and US co-founded the Agriculture Innovation Mission for Climate this year that seeks to spark dramatic agricultural innovation. Currently, a third of the world’s carbon emissions are tied to food systems. As part of its commitment, the UAE created the Dubai Food Tech Valley to nurture innovation in agriculture.

Had Biden been elected president at another time, or if either of his previous campaigns for the office had been successful, foreign policy would have been at the centre of his presidency. For much of Biden’s very long career in Washington, this was the arena that seemed to capture his attention and for which he was best known. It was Biden’s foreign policy experience that elevated him above the other candidates on Barack Obama’s vice-presidential shortlist in 2008. Because of the extraordinary domestic crises that were in full swing when Biden finally became president, he has had to shift his focus to domestic issues.

COP26 will give Biden the opportunity to put his ample foreign policy experience and passion to good use. Building partnerships and international cooperation is more essential than ever as the reality of climate change appears more daunting with every passing day. Working with smaller states that have a deep commitment to climate change can help Biden and the larger project.