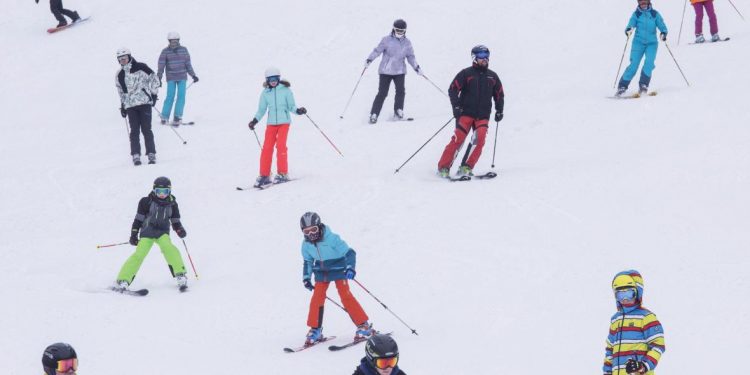 The Austrian government ordered a lockdown at end October, putting a question mark over a revenue-earning sector worth billions of euros and the source of income for hundreds of thousands of Austrians.

Despite having invested millions of euros to make skiing as safe as possible, ski resorts across Europe are now having to contend with lockdown regulations.

In late October, Germany issued travel warnings for ski areas in Austria, a major setback for Austria’s tourism earnings. Hardest hit was the Tyrol region, where about 50% of its tourists come from Germany.

Austrian Institute of Economic Research (WIFO) chair Christoph Badelt warned that Austria’s GDP could drop about 1.5% if the winter tourism season falls through. The lockdown in Austria is slated to end by the end of this month, but it could be extended if the spread of coronavirus is not brought under control.

The lockdowns across Europe are threatening the Alpine ski season in general. Destinations in France and Italy are closing down and restrictions will keep potential visitors away from the Alps until December at the earliest, Bloomberg reports.

The Alpine ski business is worth some US$ 33 billion and employs hundreds of thousands of citizens of Alpine countries.

According to the Geneva-based ski industry consultant Laurent Vanat, resorts are now looking to attract more local tourists this season, even though this will not compensate for the loss of foreign tourists brought about by lockdown and quarantine.

The hope is that the season could be salvaged if infection rates decline by Christmas.

In Zermatt, Switzerland, skiing remains open, but bookings are down. Overnight stays dropped between 40% and 50% compared to annual summer levels, this despite the fact that the resort has become the top holiday destination for local tourists.

Even if national lockdowns end next month as announced, the industry will still be on pins and needles due to outbreaks in Ischgl, Austria, and Verbier, Switzerland, earlier this year.