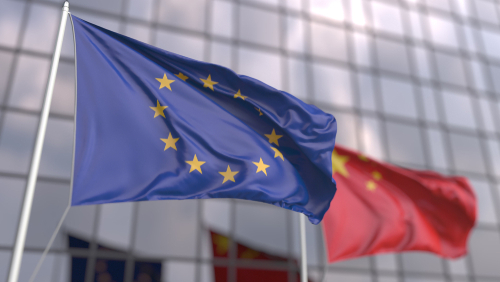 Brussels (Brussels Morning) The EU and India are set to agree to restart their long-paused trade talks during the leaders’ summit on Saturday, RFI reports, citing an EU official. The fact that the two sides each face growing tensions with China is playing a role in pushing them towards closer cooperation in the future.

According to an official statement from Brussels, restarting the trade talks after the eight years they have been suspended in limbo could yield a possible trade agreement between the 27-nation bloc and the world’s largest democracy. India’s economy has been growing faster than China’s in recent years, and, as the world’s most populous country, India makes an attractive trade partner for the EU.

The original talks ceased in 2013, after the two sides failed to reach common ground on a range of contentious issues ranging from cutting tariffs, data protection, and patent security to access for Indian workers to Europe.

Speaking ahead of the summit, an EU official noted that Brussels is hoping to reach “an ambitious and mutually beneficial agreement” with India. “We believe that this is one of the areas of cooperation between the EU and India where the potential gain, both economically but also strategically, is the greatest”, the official said.

The EU currently receives some 15% of India’s exports, while some 2.2% of EU exports end up in India. Although India has gradually lowered its tariffs since 1990, New Delhi is still heavily levying imports of crops, food, drinks and motor vehicles, which Brussels has previously viewed as a deal-breaker.