Tensions rise with third night of violence in Northern Ireland 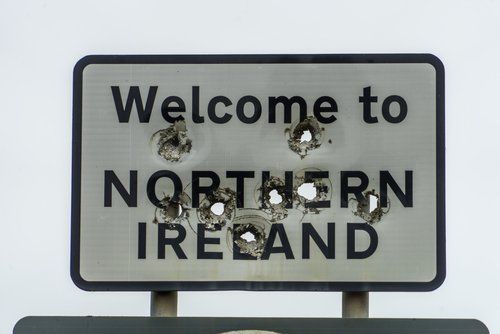 According to the Police Service of Northern Ireland (PSNI), rioters in Newtownabbey and Carrickfergus on the outskirts of Belfast threw bricks and petrol bombs at police.

Major Unionist parties have called on PSNI Chief Constable Simon Byrne to resign, stressing that he has lost the public trust.

On Saturday, rioters in Newtownabbey hurled about 30 petrol bombs at police. Three automobiles were set on fire by a group of between 20 and 30 rioters, the police said. The day before, 27 police officers were injured in riots in Belfast and Derry.

Democratic Unionist Party MP Gregory Campbell called for an end to the violence on Sunday, urging that “those attacking the police should stop”.

“Rioting and injuring rank and file officers will only result in young people being criminalised”, he declared.

Police officials echoed Campbell’s calls for calm. The PSNI North Area Commander Chief Superintendent, Davy Beck, put it succinctly: “We are living in unprecedented times, dealing with a global pandemic, no one needs the added pressure of disorder in their community”.

He called on the people taking to the streets to stop, stressing that “their actions are causing nothing but harm and distress to the very communities they claim they are representing”.