Tensions in the Korean Peninsula will continue regardless of diplomatic efforts

by Martin Sokolov
in World 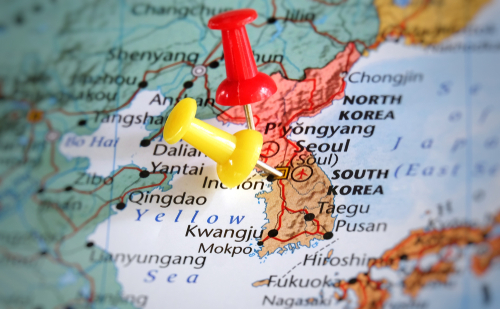 Sofia (Brussels Morning) North Korea’s official News Agency (KCNA) reported on July 27 that negotiations with the South have yielded an agreement to restore inter-Korean liaison communication lines. A few days later this information was confirmed, with Reuters reporting the resumption of talks between the two countries. What’s more, there are diplomatic talks about a high-level meeting between the North’s Kim Jong‑un and the South’s Moon Jae-in.

These are certainly positive signs, on the face of it. Inter‑Korean talks deteriorated in 2020, despite early signs of a better climate. Seoul’s inability to disrupt the distribution of activists’ leaflets dropped via hot air balloons over North Korean resulted in Pyongyang suspending diplomatic relations and threatening to redeploy forces in the demilitarised zone along the border.

The timing of the latest efforts, however, indicates that they are primarily driven by domestic factors.

Objectively, there are now grounds for North Korea’s sudden change of diplomatic tack. The move is likely to have been dictated by the rapidly-deteriorating humanitarian situation in the country. Given the devastating international sanctions and the country’s aggressive foreign policy, Pyongyang’s options are severely limited.

In June this year, Kim Jong‑un openly stated the possibility of a country‑wide food shortage. Unless relations with the South improve, there is no question of restoring a land-based humanitarian corridor for essential goods. Furthermore, there is no reliable data on the consequences of the global COVID‑19 pandemic in the totalitarian country, which does not as yet have registered cases. According to KCNA, North Korea recently had to mobilise its military to carry out relief work in areas hit by heavy rain.

Pyongyang’s willingness to re‑engage in diplomatic talks represents an opportunity for the South to regain control over the peace process. Under the administration of US President Donald Trump, regional talks were more or less transformed into a bilateral discussion between Pyongyang and Washington, putting Seoul on the side lines. Furthermore, Moon Jae-in faces a number of domestic challenges and could use the diplomatic boost.

Currently, only 35% of the South Korean population has received at least one dose of the COVID-19 vaccines and only 15% have completed their vaccination cycle. Furthermore, the surge in property prices is becoming a social crisis: Moon Jae‑in’s pre-election commitment in 2017 was to put an end to speculation on the real estate sector. Currently, the price of an apartment in the capital, where close to half of the population lives, amounts to nearly 1 million USD: that is a 90% surge compared to 2017.

Despite domestic challenges and international efforts, Pyongyang’s aggressive policy toward South Korea, Japan and the United States is unlikely to subside. The apparent normalisation of the situation will almost certainly be short-lived. According to US intelligence, Pyongyang has already developed a nuclear warhead small enough to be mounted on a medium- and long-range missile. According to Washington, Kim Jong‑un is now likely to have a stock of up to 60 nuclear missiles.

Furthermore, South Korea is under constant threat from Pyongyang’s conventional forces, as Seoul is within the reach of North Korea’s long-range artillery, whose arsenal includes chemical weapons such as Sarin and VX neuroparalytic gases. According to the US Department of Defence, a conventional conflict on the Korean Peninsula could cause between 100,000 and 200,000 South Korean and American casualties within 90 days. Taking into consideration that North Korea is yet to show any signs of nuclear disarmament, the threat is significant. Nevertheless, it is possible that Moon Jae-in will take the initiative to resume high-level bilateral talks to manage rather than resolve the decades-long conflict.