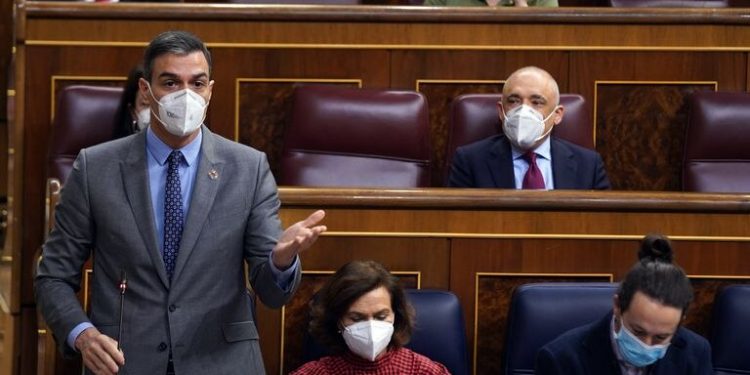 Brussels (Brussels Morning) Barely a year in office and Spain’s ruling coalition is already showing signs of strain. The larger Socialist Party (PSOE) is accusing its junior partner Unidas Podemos (UP) of trying to behave simultaneously as though it were both the government and the opposition, El Pais reported on Tuesday.

Citing ministers from both groups, El Pais notes that all are agreed that the current state of relations between the coalition partners cannot continue like this, and that neither side is without blame in the matter.

Last week, the PSOE was unilaterally registering initiatives for parliamentary debate on a subject that falls under the purview of the Equality Ministry, headed by UP’s Irene Montero, thereby overriding and ignoring its junior partner.

Yet,on the other hand, UP has reached out to other parties to prevent PSOE’s equality project “Ley Zerolo” from even coming up for discussion in the parliament, a move that has caused consternation within the Socialist Party.

Amidst these relatively minor quibbles, the two parties are having a hard time agreeing on far more difficult issues, including housing, pension reform, and determining how to best make use of the 72 billion euro earmarked for Spain in the coronavirus pandemic recovery fund.

Even though some non-partisan ministers appointed by PSOE have reportedly suggested that the Socialists should push UP out of the coalition government, Prime Minister Pedro Sánchez is, for now, refusing to even consider the option. Sánchez feels that this is no time to destabilise a government that is already 21 seats shy of an absolute parliamentary majority.

Easing the pressure on the ruling coalition was not the foremost consideration for the leading opposition party, the right-wing Popular Party (PP), which has been undergoing a uniquely worst possible week of its own. The PP has faced a disastrous result in the Catalan local elections, winning half as many seats as the far-right Vox, and, adding to its woes, has had to announce plans to sell its Madrid headquarters, a move tied to an ongoing high-profile graft trial.