10 years after the Arab Spring: Can democracy be exported?

by Sarhan Basem and Stella Athanasoulia
in Middle East Eye 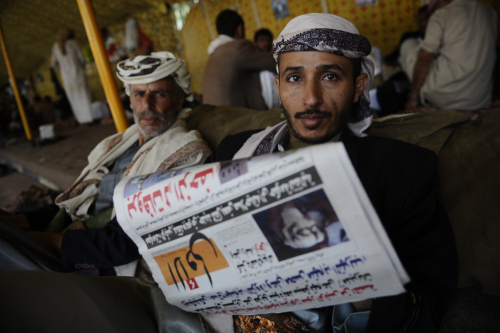 The Arab Spring or Democracy Spring was a revolutionary wave of both violent and non-violent demonstrations, protests, riots, coups and civil wars in North Africa.

Ten years after the Tahrir Square protests during the Arab Spring, MEP Professor Dietmer Köster explains the challenges in achieving stability and seeing democracy in the region.

Brussels (Brussels Morning) When a young street vendor set himself on fire in Sidi Bouzid, Tunisia, he sparked a wave of unrest in the North African country, leading to the collapse of the Ben Ali regime.

The tide had also spread throughout the region and when thousands gathered at Tahrir square in Cairo on 25 January 2011, Egypt became once again the point of reference of all political movements in the Arab world, creating fervour for change and dignity that soon spread in Libya, Syria, Yemen, Bahrain, and more recently in Iraq and Lebanon.

Hopes for revolutionising the way that states are governed or even addressing the basic demands of an increasingly educated youth have faded in the 10 years since the Arab Spring uprisings. But its legacy still reverberates and has transformed the region in ways that reach far beyond the states where people have called for the fall of autocratic regimes.

Representing the German Socialist and Democratic Party in the European Parliament since 2014, MEP Professor Dietmer Köster is a member of the Committee on Foreign Affairs and Human Rights as well as the delegations for relations with Iran and the US.

His parliamentary activity focuses on humanitarian assistance in the Mediterranean and the Middle East, and the protection of human rights within contexts of deteriorating security. He shared with Brussels Morning thoughts on the rule of law, democratisation, security and stability and the challenges ahead for the EU.

Brussels Morning. Can democracy be exported?

Professor Dietmer Köster. The notion of exporting democracy is highly controversial and brings to mind cases of foreign interference, coups, and wars, destabilising entire regions, under the pretence of exporting democracy. Direct and especially military involvement in foreign countries cannot be a sustainable solution to conflicts and oppression. Democracy cannot be imposed from the EU or other outside actors.

The ideals of democracy, however, freedom, equality, rule of law etc. should be promoted and, civil society, advancing these ideals, should be unequivocally supported. After all, it is not that the people of regimes, dictatorships and monarchies do not know what democracy is and that the EU must first “teach” them. People who are oppressed must stand up for their rights and fight for democracy.

In the context of the Arab spring, it is wrong to speak about an export of democracy. The catalyst for the protests and subsequent revolutions in many Arab countries was not foreign interference but rather the population suffering under oppressive regimes. We should do everything within our diplomatic and economic means to support and promote democratic ideals and protect human rights by working with democratic forces, civil society organisations, NGOs, and exporting democratic ideals through cooperation, dialogue, and diplomacy.

Enforcing and ensuring that human rights are upheld is another fundamental part of protecting and advancing democratic humanitarian values. Where necessary the EU and the EU-Parliament must exert pressure on other countries to ensure human rights are not violated ­– by adopting targeted sanctions, arms embargos or appropriate resolutions while, as mentioned, working with and supporting democratic forces and civil society.

BM. A decade of conflict and the spread of instability from Libya to the Sahel seem to vindicate Germany for not taking part in the 2012 intervention. Now German troops are on the ground. Can democracy be a solution in the region?

DK. First of all, I would like to clarify that there are no troops on the ground, but that German soldiers are involved in the EU mission IRINI. There is currently a maximum of 300 German soldiers deployed as part of the operation. Rather than getting militarily involved in the conflict, IRINI aims to end exports of weapons into the country – to achieve a ceasefire and possibly a sustainable peace. The expressed purpose of this mission is the implementation of the UN arms embargo against Libya. The humanitarian crisis and civil war in Libya are continuously fueled by weapons brought into the country, despite the UN arms embargo.

The international community, the EU, and its member states must ensure that this embargo is rigorously enforced. But there remain serious problems with the IRINI mission especially with regard to humanitarian search and rescue operations and the required unanimous support of member states for extending IRINI’s mandate. Nevertheless, the arms embargo and its enforcement can contribute to stopping the inflow of arms to Libya. This effort to stop weapons reaching Libya must be followed through more consequently. Germany, as well as many other EU countries, are complicit in the ongoing crisis. By choosing to supply arms to Turkey and the UAE, despite documented violations of the UN-arms embargo, EU-made weapons continue to fuel the conflict in Libya.

Libya became a failing state following the bombardments and military involvement of Western states. As seen in Libya military interference leads to prolonged conflicts, suffering and death. Military intervention cannot lead to sustainable solutions and does not resolve underlying conflicts. Democracy cannot be established through bombs. That is why the decision of the German government not to intervene militarily was the right one.

To secure any progress made in Libya, the first step must be to end the supply of weapons to the region and to put an end to the fighting.

BM. Do we have to choose between rule by law and rule of law? That seems to be the case made by the Egyptian regime. Do you agree?

Rule by law without a democratic constitution, civil liberties, equality, and respect for human dignity is a tool of systematic repression. Authoritarian regimes using legal instruments to control and curtail the rights of the opposition and oppress democratic forces are in no way acting lawfully. This use of law undermines the fundamental idea of the rule of law.

There is a difference between enforcing equitable laws, decided upon in a democratic process, with respect for Human Rights, Minority Protections, an independent Judiciary and applying these rules to everyone equally – rule of law – and using the legal and judicial system as a way to undermine human right, civil liberties and democracy.

The current worldwide trend of authoritarian regimes legitimising their oppression by consolidating oppressive rules within their legal system is highly alarming. Be it Turkey’s social media law which targets free speech, or authoritarian legislation in Egypt. In the most recent Rule of Law Index, published by the World Justice Project, Egypt ranked in third last place, with especially low scores in the area of fundamental rights. The Egyptian government’s rule by law approach clearly comes at the cost of the fundamental rights of its population.

Rule by law cannot be a viable alternative to rule of law.

BM. The Arab World is the most food dependent and demographically exploding region in the world. How does one promote stability at Europe’s doorstep?

The MENA-region is one of the most food-insecure regions in the world. There is, however, no singular reason for this, it is a complex issue with an array of different causes and contributing factors. Conflict, war, water shortages, desertification, climate change, bad governance and lastly the effects of the COVID-pandemic are causing food shortages and endangering the long-term food security and stability of the region. Promoting stability and solutions to these issues is equally complex.

The countries in this region are very diverse with respect to their resources, geopolitical- and economic interests. War-torn Yemen is currently facing a different kind of problem, than the UAE or Israel. Nevertheless, issues of food security and increasing water-scarcity are a problem commonly faced throughout the region.

In the poorest country of the MENA-region, Yemen, food-insecurity is largely a political issue. The famine is conflict-related and the situation there is very different to the food-security related issues faced by other countries. The country has been ravaged by war since 2014, devastating the population and its food supply. By strategically blocking ports to prevent humanitarian missions and targeting essential goods, famine has been instrumentalised as a tool of war. As is the case in Libya, European nations are complicit in this. By delivering weapons to the belligerents of this war, especially Saudi Arabia and the UAE, the EU-states are supplying the tools to sustain the war and incur more suffering upon the Yemeni population. The longer this war continues and the longer the EU does not rethink its policy on exporting arms to nations involved in wars and human rights violations, the more the economic and social circumstances leading to famine and war crimes are exacerbated.

The EU and its member states must refrain from cooperating with conflict actors that destabilise the region. Even if the EU has little influence on the international power relations causing the conflicts it must not undermine the UN’s mediation efforts.

Water and food security, even in absence of direct military conflict, are and will continue to become a major destabilising factor in the region. The problem of food production in the MENA cannot be dealt with in isolation, water scarcity, increasing desertification and food-security are inextricably linked. The recent tension between Ethiopia and Egypt regarding the Nile’s water and the Ethiopian Grand Renaissance Dam is only one example of how water scarcity can be a threat to regional stability. The MENA region has the lowest per capita water availability in the world. Encouraging sustainable agricultural and water governance is a massive potential for alleviating the scarcity, as currently only 18% of water is treated and reused.

Another threat to the region’s stability, Arab-Israeli relations, have shown more positive development. The recently signed Abraham accords, the normalisation agreement between Israel and Arab countries, are a positive step and this process must be advanced further to foster normalised relations and long-term stability in the region. Israel’s efforts must be supported but the Abraham accords should also be evaluated critically through a human rights lens. Also, they must not become the starting point for a new arms race in the middle east between Israel, the UAE and Iran. Iran’s claims to regional hegemony, as well as nuclear ambitions and its intention to destroy Israel are a threat for the stability of the region. The Trump administration’s decision to give up the nuclear deal with Iran will hopefully be undone by the incoming administration.