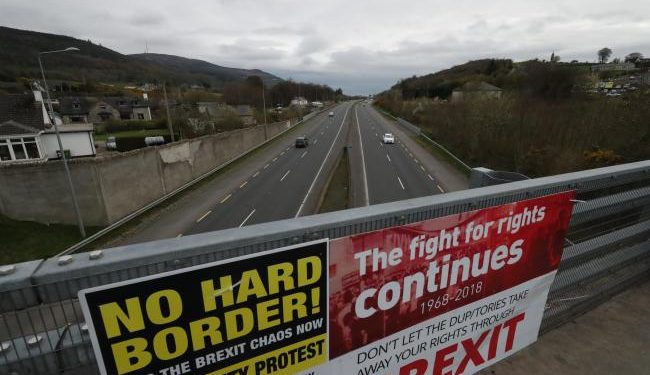 Britain is looking to set up around 10 new centres for customs checks for trucks travelling into Europe after Brexit with planned penalties for driving without the right paperwork.

It announced Thursday that it had found potential sites around the UK, including in the county of Kent, where the ports of Dover and Folkestone provide throughway to Calais, France. Other identified sites are in the centre of England and the ports near Ireland.

Work has already started in Sevington, Kent for a new checkpoint while planning permission is still required for other areas.

The notion of additional customs checks within England was met with consternation when they were revealed in June.

Cabinet minister Michael Gove told parliament around 12 centres could open up to check drivers were carrying the right documentation.

As a result of leaving the EU’s customs union, over 200 million additional customs declarations may be needed.

The logistical task of recruiting thousands of extra customs intermediaries was also deemed ambitious by the 31 December deadline.

Officials have previously warned queues could reach 7,000 vehicles in length without the additional infrastructure with the introduction of a Kent Access Permit mooted as a possibility to try and ease congestion.

The government’s Border Operating Model now says lorry drivers operating in Kent should carry paperwork even if they are not heading to Europe.

“With fewer than 3 months to go, businesses need to prepare now for new procedures whether or not we reach a trade agreement with the EU, so that they can seize the significant opportunities that lie ahead”, said Gove.

Britain still faces unresolved issues to establish whether a trade deal can be negotiated at all.

The EU’s Michel Barnier is currently in London, engaged in talks with UK counterpart David Frost and despite weeks of tensions, negotiating parties have adopted a positive tone.

There are still concerns from business and industry that a no-deal Brexit could lead to a cliff edge.