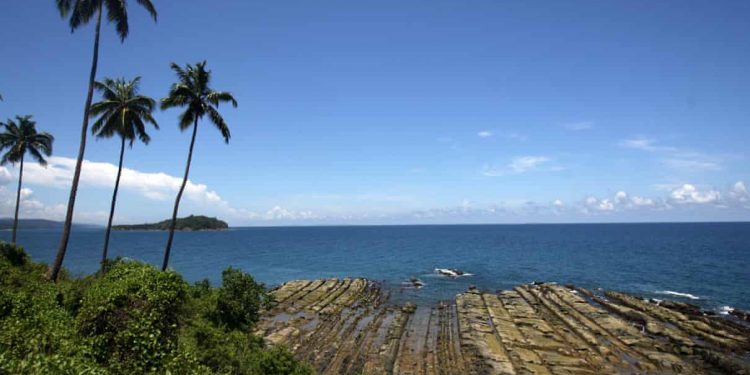 Ten members of a dwindling tribe who live on a secluded island in the Andaman Islands archipelago have tested positive for coronavirus, as the pandemic continues to affect even the most remote regions of India.

There are only 59 surviving members of the Great Andamanese tribe, all of them on Strait Island in the Andaman archipelago.

A team of healthcare workers sailed over to the small island last week to carry out tests after six members of the tribe, who had travelled to the region’s capital, Port Blair, for work, tested positive for the virus on the mainland.

The samples showed that four other members of the tribe who had never left the island were also infected with the virus.

Dr Avijit Roy, a regional senior health director, said the virus had reached the island even though Covid tests were being carried out on every person travelling to any of the 38 inhabited islands.

“Over the last few months, every person who has been travelling to these islands, particularly the restricted travel areas, has been tested, but it seems that someone carrying the virus must have gone undetected,” he said.

On Thursday India reported a record daily tally of 75,760 new coronavirus infections, pushing its total to 3.1 million. There were 1,023 deaths recorded in the same 24-hour period, taking the country’s toll to 60,472.

While the virus was initially concentrated in India’s densely populated cities such as Delhi, Mumbai and Chennai, it has now spread into rural and isolated communities that have limited healthcare resources. The Andaman and Nicobar Islands, which have a population of 400,000, have reported a total of 2,944 coronavirus cases among the non-tribal population.

The four tribespeople on the island who tested positive were aged between 26 and 55, and all have been taken to hospital as a precautionary measure, though Roy said none showed any severe symptoms. The six who originally tested positive for the virus in Port Blair are under observational home quarantine.

Roy was confident that with continued testing and further restrictions on movement, the Great Andamanese people would remain safe. “All routes of possible transmission are being monitored,” he said. “No one is allowed on to the island until they have been tested negative, and so right now we have ruled out the possibility of new cases.”

Arjun Munda, the union minister of tribal affairs, voiced concern at the Great Andamanese infections and said the government was taking “all precautionary measures” to keep them safe.

The Great Andamanese are one of five tribes living on the Andaman Islands who are feared to be highly vulnerable to the coronavirus pandemic.

In 1788, when the British first tried in vain to invade the islands, the Great Andamanese numbered between 5,000 and 8,000, and were made up of 10 different tribes.

Today there are just over 50 people left, and members from only two of the 10 tribes have survived. Their language has largely been lost – in April this year the last speaker of the Sare Great Andamanese language died from multiple health problems – and the tribe now mostly speaks Hindi.

The indigenous Andamanese population has been falling for decades as they have poor immunity to many diseases and have been particularly vulnerable to tuberculosis and alcoholism.

There are only about 200 surviving members of the Shompen tribe, 150 of the Sentinelese tribe, 100 of the Onge and about 400 of the nomadic Jarawa tribe, who have reportedly moved deep into the jungle since the outbreak of the pandemic in an attempt to protect themselves.

The Sentinelese tribe, who are hostile to outsiders and made the headlines in 2018 when they shot dead an American missionary, John Allen Chau, with bows and arrows after he travelled to their island, are unlikely to be aware of the coronavirus pandemic.

“It is extremely alarming that members of the Great Andamanese tribe tested positive for Covid-19,” said Sophie Grig, a senior researcher with Survival International, an organisation representing tribal people across the world. “They will be all too aware of the devastating impact of epidemics that have decimated their people.”