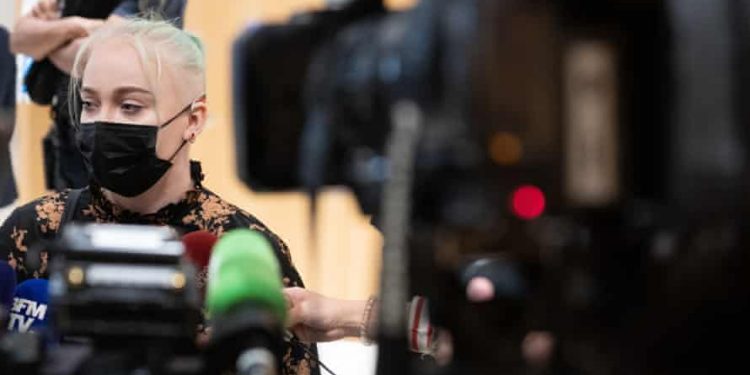 Brussels (Brussels Morning) A Paris court convicted 11 people on Wednesday for online harassment of a teenager who posted anti-islamic videos on social media. All of the convicted received suspended sentences.

The teenage girl, identified only as “Mila” by French media, made a series of disparaging comments against Islam in 2020, after which she became the target for an intense campaign of personal abuse and threats online.

In her first video, posted on Instagram in January 2020 when she was 16, Mila responded to a boy she claimed had insulted her “in the name of Allah” after learning she was a lesbian. She launched into a profane rant against Islam and made a number of explicit comments against Allah.

Some Muslims interpreted this video, and another made in November 2020, as racist, blasphemous and Islamophobic. She received more than 100,000 abusive messages, and was forced to change schools and seek police protection. Some of the messages threatened her with sexual assault, while others said she deserved to have her throat cut.

The case tested both French laws and French society, gathering significant media attention because of the involvement of a minor, a campaign of online harassment, and what could be construed as blasphemy against a minority religion.

French laws forbid hate speech and treat incitement of hatred against racial or religious groups as a criminal offence. However, insulting religious beliefs falls under the right of free speech protection. Even President Emmanuel Macron commented on the high-profile case by stating that the French have “the right to blaspheme, to criticise and to caricature religions”.