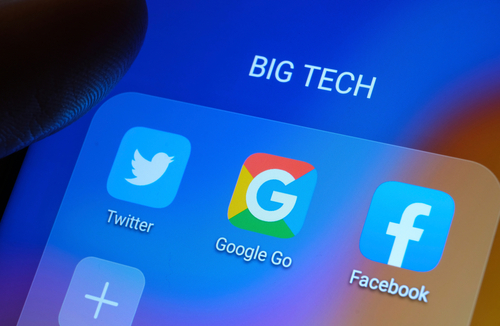 Belgium (Brussels Morning Newspaper) Global tech giants agreed with European justice ministers during a meeting today that a clear legal framework is what is needed in order to step up their mutual cooperation against online hate speech.

France’s Justice Minister Eric Dupond-Moretti, who hosted the meeting in Lille in France, told reporters an agreement had been reached between the EU ministers and representatives of Google and Meta.

“It is high time we adopt an EU legislation so that platforms don’t have the last word”, Dupond-Moretti declared. “We need a clear, precise framework that respects freedom of speech.”

Social media such as Meta’s Facebook and Instagram, Google’s YouTube, and Twitter are increasingly being confronted with legislative proposals in the EU and the US aimed at forcing them to invest more effort in fighting the spread of hate speech and misinformation online.

The EU is currently working on the so-called Digital Services Act (DSA), which would make platform owners liable for fines of up to 6% of their global turnover should they fail to comply with the regulation’s provisions on combating hate speech. The European Parliament already signed off on its version of the DSA in late January this year, which leaves the final form to be ironed out in trilateral talks with the European Commission and the EU’s 27 member states.

Google’s Chief Legal Officer Kent Walker told Reuters after today’s meeting that the company welcomes the EU plans to facilitate sharing of digital evidence. “We believe that the e-Evidence regulation sets a positive international precedent for supporting the needs of law enforcement while ensuring privacy and due process for users”, he said.

Even though Twitter was invited to send a representative, the company decided against it, citing its internal Covid-19 rules as the reason. Instead, it issued a statement expressing its “full commitment” to cooperating with authorities to “make internet safer”. Minister Dupond-Moretti had criticised the company for its absence from the talks prior to the meeting.
“There will still be a chair, it will be empty, and there will be in front of this chair the Twitter tag, to show they are not there and to regret it”, the French minister said.