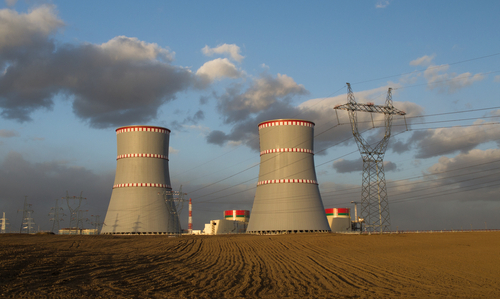 Belgium, (Brussels Morning Newspaper) MEPs in the Environment and Economic Affairs committees voted yesterday against including nuclear and gas in the EU’s taxonomy of sustainable investments. The objection was adopted with 76 votes for, 62 against, and 4 abstentions.

Yesterday’s vote reopens a game that seemed closed, with a majority, albeit thin, defending that nuclear and gas are not green investments.

The issue now moves to the Parliament’s full plenary from July 4 to July 7, where the EU executive proposal has to be rejected by an absolute majority of 353 MEPs to be killed.

The taxonomy has been steering strong passions, with opponents saying the Commission is creating a loophole for polluting technologies, while advocates say it’s the best way to rapidly cut greenhouse gas emissions.

“Nuclear and gas cannot be classified as sustainable investments simply because they are two polluting and waste-producing energy sources. The sustainable transition, on the other hand, must be synonymous with renewable and clean energy, everything else is greenwashing which the European Union must oppose. Including gas in the taxonomy is also a gift to Putin and the fossil fuel lobbies that we cannot afford right now,” MEPs Fabio Massimo Castaldo and Laura Ferrara told Brussels Morning in a joint statement.

The centrists MEP Pascal Canfin explained in a LinkedIn post why he did not vote for the objection: “These two energies, which are not green, are precisely not in the “green” category of the Taxonomy but in the “Useful for the transition” category. On the other hand, these activities can only be included under strict cumulative conditions.”

Canfin went on saying that gas cannot be considered “useful for the transition” only if it replaces coal — and therefore allows CO2 emission gains — below the “Do no significant harm” threshold, subject to verification annually by an independent third party and for a limited period until 2030.

Overall, MEPs recognise the role of nuclear and fossil gas in guaranteeing stable energy supply during the transition to a sustainable economy. But they consider that the technical screening standards proposed by the Commission, in its delegated regulation, to support their inclusion do not respect the criteria for environmentally sustainable economic activities

The Commission’s proposal is widely seen as a fudge intended to placate both Paris, which supports nuclear energy, and Berlin as it also attached a green label to natural gas, which Germany has insisted is essential as a transition technology.

Last year, President Emmanuel Macron said he favoured “nuclear power being integrated into the taxonomy” on green finance in an address before the European Committee of the Regions.

“To definitively reject the delegated act of the Commission, it will now be necessary to reach an absolute majority of MEPs, but after this vote we are optimistic that we can do it. At the next plenary in July, the 5 Star Movement will vote with conviction to confirm today’s vote and to defend the environmental transition that is based on renewable energies and not on nuclear and gas,” added Castaldo and Ferrara.