Syrian refugee in Germany first to run for Bundestag 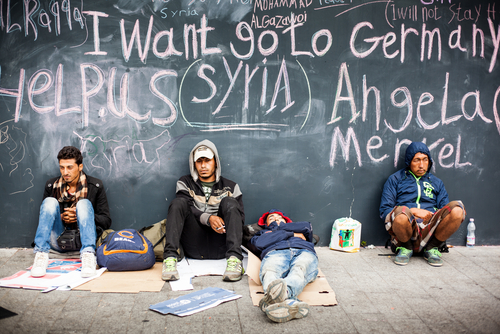 Brussels (Brussels Morning) A Syrian refugee who arrived in Germany five years ago is making the news having entered the upcoming parliamentary elections in Germany, running as a candidate for The Greens, AP reports.

The 31-year old Tareq Alaows reached Germany in 2015, after braving the Mediterranean in a flimsy rubber dinghy, and trekking through the Balkans to reach safety from the civil war ravaging his homeland.

A voice for migrants

“I want to give a voice to refugees and migrants in Germany and fight for a diverse and fair society for all,” Alaows told AP following a rally in support of asylum-seekers that was held in front of the Reichstag building in Berlin, seat of the German parliament Bundestag.

In Syria, Alaows was a law student in Aleppo, active in the peaceful protests against President Bashar al-Assad. After the civil war broke out, Alaows volunteered for the Red Crescent and helped register internally displaced refugees.

As his graduation day neared, Alaows was faced with the prospect of conscription in an increasingly brutal conflict, so he chose to escape to a place where he “could live in safely, and with dignity”, he said.

Arriving in Germany, Alaows became politically active after facing an asylum system overwhelmed by the more than a million migrants who arrived during 2015, as he had. He learned to speak the language fluently, and is currently employed by an NGO, where he provides his services as a legal counselor for other asylum seekers.

Alaows is one of the first Syrian refugees to fulfil the criteria required for applying for German citizenship, which he hopes will be granted to him prior to the 26 September elections.

There are some 21.2 million people currently living in Germany with the so-called “migration background”, out of a total population of some 83 million. The AP notes most are under-represented in many sectors of society, including the Bundestag. The Greens were thus an ideal match for Alaows, as a party lobbying for better integration of migrants, and boasting that 15% of the party’s lawmakers have migrant backgrounds.