Syria deadliest place to be an aid worker, amid global 30% rise in attacks – report 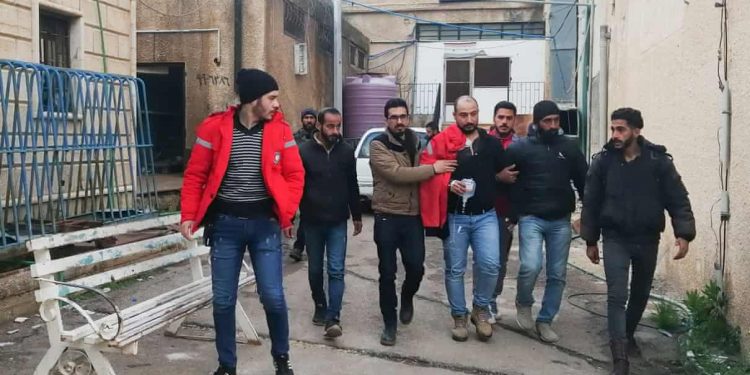 There has been a sharp rise in the number of aid staff killed in the first six months of this year with Syria at the top of the list of the deadliest places to be a humanitarian worker.

A total of 74 fatalities have been recorded globally since January, a 30% rise on the same period last year. Syria accounted for more than a quarter of the deaths.

According to analysis by Care International using data from the Aid Worker Security Database, 20 of those killed in 2020 so far were in Syria and 14 in South Sudan.

“The majority of humanitarians are local staff and true local heroes. Similar to what Covid-19 has shown us across the western world: they are the rubbish collectors, lorry drivers, nurses, care workers and community services assistants,” said Sally Austin, Care International’s head of emergency operations.

The high number of attacks on aid workers is an increase on last year, when 483 aid workers were killed, kidnapped or wounded, the highest on record, according to independent research group Humanitarian Outcomes.

The highest number of attacks happened in Syria, followed by South Sudan, the Democratic Republic of the Congo (DRC), Afghanistan, and the Central African Republic. These were the same five countries that accounted for more than 60% of all incidents worldwide in 2018. In 2019 they were joined by Yemen and Mali, both of which saw a doubling of major attacks from the previous year, according to Humanitarian Outcomes.

One field worker with Care’s partner IYD International Humanitarian Relief Association in north-west Syria, who wished to remain anonymous, said such attacks were a major blow to the hundreds of thousands of displaced people depending on them.

“Syria ranks first in the list of the most dangerous places to deliver humanitarian assistance,” they said. “These deadly incidents have led to a sense of frustration and despair among aid workers.

“Killing aid workers has dangerous consequences for communities and countries where aid is provided. Besides attacks on humanitarian workers being clear violations on international humanitarian law, we are neutral actors and our work must be respected and protected to ensure the continuity of humanitarian work and to save the lives of millions of people who rely on it.”

Mercy Laker, deputy country director of programmes for Care South Sudan, said aid workers are routinely “victims of unfair harassment, illegal detentions, banditry and a range of other aggressions during their work”.

“Quite often you have to decide whether to provide life-saving interventions to the communities at need, or to evacuate your staff, which is not a pleasant position to be in. Aid workers are often caught in the crossfire because here in South Sudan, they are often community members themselves,” she said.

“When we talk about villages being raided, it’s our staff living in those villages, and they get caught up in the fighting and become victims themselves. Just last week more than 200 civilians were killed and of those 200, one or two of them may have been aid workers. NGOs are one of the biggest employers in this country, especially in remote locations, and revenge killing is a very common practice here, where the target is an influential member of a family – who more often than not is someone working for an NGO.”

Attacks on aid workers have also been linked with misinformation and fears around Covid-19 and other diseases. More than half (15) of the 27 reported attacks in the DRC in 2019 were directed against health workers responding to Ebola, according to Humanitarian Outcomes. Of these, a third were reportedly committed by community members acting out of fear surrounding the disease and people responding to it.

Jan Egeland, secretary-general of the Norwegian Refugee Council, which employs some 15,000 aid staff globally, said the international community needed to do far more to protect them.

“I’m really worried that there will be even fewer aid workers able and willing to stay and deliver in the worst-hit conflict areas in the future,” he said.

“Already, we see fewer groups being able to stay and deliver in the worst [conflict] areas and I fear it will be even thinner in the future.”

“We need governments, donors, diplomats, military leaders and politicians to do more to protect our humanitarian workers. There must be a higher price for those who can now attack with apparent impunity.”