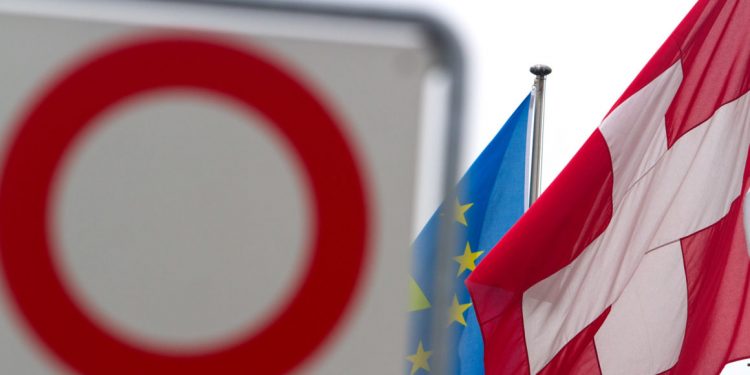 Swiss voters yesterday rejected a proposal to scrap the country’s freedom of movement agreement with the EU, DW  reports. The final tally was 61.7% against, with 38.3% in favour of the proposal.

The referendum was sponsored by the right-wing Swiss People’s Party (SVP) and follows on a 2014 referendum to introduce quotas on immigration from the EU, according to the BBC.

While supporters claimed the move would allow Switzerland to control its borders by admitting only the immigrants it wants, opponents warned it would result in a recession, causing hundreds of thousands of Swiss citizens to lose their right to work in the EU.

A non-EU member state, Switzerland has a deal with the EU on major policies including free movement. The EU has stipulated that abandoning the free movement deal would mean ending trade arrangements as well.

SVP’s Thomas Aeschi claimed that by reversing the free movement deal, the country would be a position to allow entry to only the most qualified immigrants, and that it would reduce land speculation while lowering house prices as well as rents. He insisted that the media were exaggerating the importance of trade deals.

Stefan Manser-Egli of the Operation Libero political movement claimed the opposite was true and warned that Switzerland would pay a heavy price given its dependence on trade with the EU. He pointed out that were the proposal to pass, the Government would have one year to implement the referendum decision regardless of whether it managed to negotiate a new deal with the EU.

The Swiss Government urged citizens to vote against the proposal, with Justice Minister Karin Keller-Sutter observing that scrapping the free movement deal would be worse than Brexit, BBC reported.

The SVP blamed the free movement deal for contributing to overpopulation, increased housing costs and adding to the burden on the nation’s the welfare system, DW reported Sunday. The party, which claims Switzerland faces uncontrolled and excessive immigration, asserted that the country should be able to decide on immigration policy autonomously.