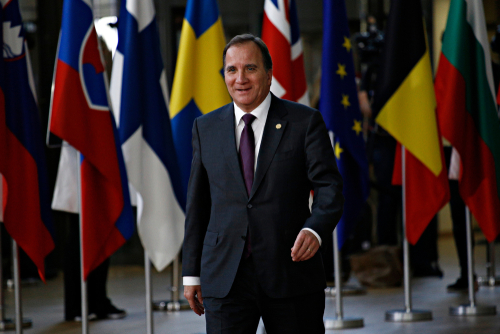 Brussels (Brussels Morning)  Sweden’s Prime Minister Stefan Lofven was voted out of office  in a historic vote on Monday, marking the first time a no-confidence vote was passed in the Swedish parliament.

Lofven’s centre-left Social Democrats led a minority government in a coalition with the Greens. They held power thanks to the support of the Centre Party and the left-wing Left Party, which did not participate in the government.

The centre-right Swedish Democrats party called for a vote of no confidence last week, after the Left Party, outraged at the PM’s plans to remove constraints on rent levels set by landlords, announced that it would no longer support the Lofven government.

After losing the confidence vote, Lofven now has a week to decide on his course of action. He can  either resign and call on the parliament to back a new government, or he can call snap elections. Neither option is unlikely to resolve Sweden’s current political crisis.

The parliament is deadlocked, with no party able to form a coalition that would command a stable majority. On the other hand, opinion polls also indicate that snap elections, which the country hasn’t held since 1958, would do little to change the existing balance of power in the parliament.

The current government, Lofven’s second stint as the country’s leader, was formed only after the months of negotiations that followed the inconclusive 2018 elections. Forming a new government with the current parliament could also take months. Equally, it could prove to be impossible. More than likely, a snap election would be followed by months of intense negotiations and an unclear outcome.

With a regular parliamentary election set for September next year, any interim government, whether the outcome of elections or parliamentary dealings, would have a very limited period in office, making the prospect even less attractive to parties that might consider participating in such a government.