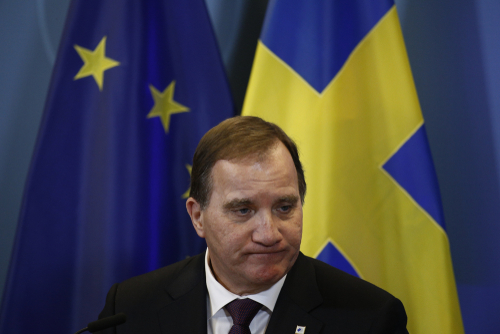 Brussels (Brussels Morning) Swedish lawmakers have announced they will back a vote of no confidence in Prime Minister Stefan Lofven on Monday, making it very likely that the minority Social Democrat government will fall next week.

The no confidence motion was put forward by the far-right Sweden Democrats party and quickly backed by other opposition parties, constituting an apparent majority in the Swedish parliament. Should the motion pass, Sweden faces the prospect of  either snap elections or a caretaker government.

Lofven’s minority government was the outcome of inconclusive 2018 elections, when the PM managed to secure a second term with provisional support from the left-wing Left Party, which, while voting to confirm Lofven as PM, declined to participate in the government, or exercise any official influence on government policy.

However, the Left Party has now joined the opposition chorus calling for Lofven’s removal, angered by a number of liberal market reforms that the government proposed. Although the party had issued a number of ultimatums to Lofven in the past,  this time its leaders are not backing down.

The tipping point for the Left Party was a government plan to remove constraints on rent prices set by landlords. Claiming to be standing up “for Sweden’s tenants”, party leader Nooshi Dadgostar confirmed their lawmakers would join other parties in a no confidence vote.

Speaking before the parliament on Thursday, Lofven accused the Left Party of creating a parliamentary crisis, dismissing the plans for abolishing rent cap as something that would only affect less than one percent of apartments available for rent in Sweden.

With parliamentary elections scheduled for next year, any government emerging from a possible snap election would have a very short term ahead of it. Many analysts believe that were a snap election held now, it would not provide the kind of conclusive result necessary for a stable government.

The head of the Sweden Democrats’s parliamentary caucus, Henrik Vinge, is confident that the opposition now has the majority to bring down the Lofven government. However, a successful vote of no confidence would be a historic precedent for Sweden, since not one of 11 previous confidence votes has been passed successfully.