Sweden to phase out most restrictions this month 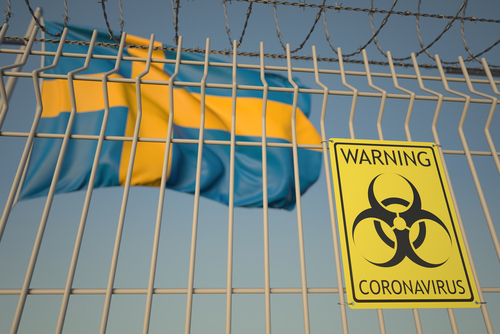 Brussels (Brussels Morning) Sweden has announced plans to phase out most restrictions imposed to curb the spread of coronavirus by the end of the month.

The Swedish government noted that restrictions on bars, stadiums, restaurants, theatres and other public venues will be lifted on 29 September, according to Reuters reporting on Tuesday.

A majority of adults in Sweden are fully vaccinated and the country has been easing restrictions through the summer as infection figures remained low.

While the number of newly confirmed infections has been growing in Sweden in recent weeks, largely due to the spread of the Delta variant, the number of deaths from COVID-19 has remained low.

Compared to many other countries, Sweden took a very liberal approach when it came to the handling of the coronavirus pandemic – it did not impose strict lockdowns and focused on voluntary recommendations.

However, the country imposed limits on public gatherings and venues including concerts and sporting events, which are to be lifted by the end of the month. In addition, the government noted that the recommendation to work from home will be withdrawn.

“The important message is that we now take further steps in the return to normal everyday life,” Swedish Minister of Health and Social Affairs Lena Hallengren stated at a press conference.

“Our view has all the time been that restrictions should be lifted as soon as possible,” she added.

Hallengren noted that the government is considering the use of vaccine passes for some activities, but hopes the move will not be necessary as vaccination rates in Sweden have traditionally been high.

Approximately 70% of Swedish citizens aged 16 and over have been fully vaccinated against COVID-19.

While Sweden reported significantly more deaths from COVID-19 per capita compared to its Nordic neighbours, it saw fewer deaths than many EU member states that imposed strict lockdowns.