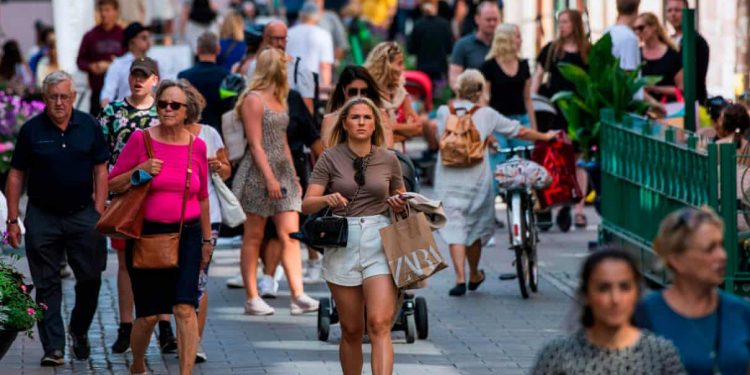 Sweden, which has stood out among European countries for its low-key approach to fighting the coronavirus pandemic, has recorded its highest tally of deaths in the first half of 2020 for 150 years, the Statistics Office said.

Covid-19 claimed about 4,500 lives in the period to the end of June – a number that has now risen to 5,800 – a much higher percentage of the population than in other Nordic nations, though lower than in some others, including Britain and Spain.

Covid-19 meant that deaths were about 10% higher than the average for the period over the last five years, the office said on Wednesday. In April the number of deaths was almost 40% higher than average due to a surge in Covid-related fatalities.

Sweden has taken a different approach to most European countries in dealing with the pandemic, relying to a greater extent on voluntary measures focused on social distancing and opting against a strict lockdown.

Most schools have remained open and many businesses have continued to operate to some extent, meaning the economy has fared better than many others.

However, the death toll has been higher than in its Nordic neighbours, which opted for tougher lockdown measures. Norway, with about half Sweden’s population, has had only about 260 Covid deaths in total.

The economy of Finland also outperformed its larger neighbour in the second quarter, despite a tougher lockdown. Finland’s gross domestic product shrank by 5% against an 8.6% contraction in Sweden from the previous three-month period.