Svetlana Tikhanovskaya: from ‘Chernobyl child’ in Ireland to political limelight 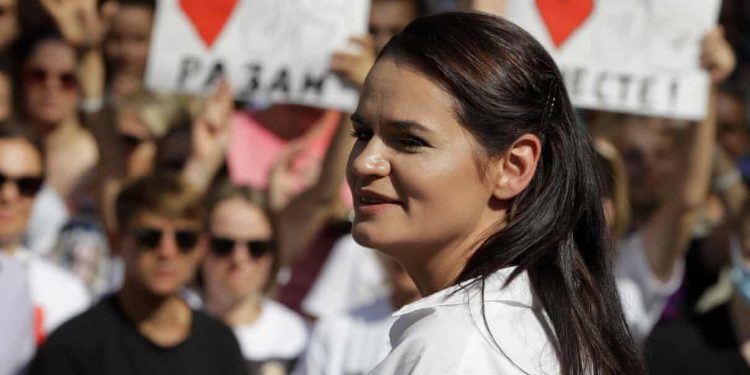 Svetlana Tikhanovskaya, the woman who has been catapulted into political stardom in Belarus by her push to dislodge the man often referred to as Europe’s last dictator, may be an accidental challenger, standing in Sunday’s presidential election only because her opposition activist husband Sergei was arrested.

But a hint of the strength and resilience that has made her a courageous if unlikely opponent who has refused to accept Alexander Lukashenko’s claim to victory in a poll marred by vote-rigging may have been present at age of 12, when she arrived to spend a summer in rural Ireland.

Tikhanovskaya was one of the “Chernobyl children”, whose health was either directly or indirectly affected by the radioactive fallout of the 1986 nuclear disaster in neighbouring Ukraine and whom Irish families hosted for respite and recuperation.

Henry Deane, 72, and his wife Marian first accommodated Tikhanovskaya, who they knew as Svyeta, at their home in Roscrea, County Tipperary in the mid-1990s. “Two children arrived that year. Svyeta was a similar age to my daughter Mary, and she fitted right in,” Deane told the Guardian.

“As a kid she was clearly intelligent, she had more knowledge of English than the others. She set herself up as a kind of interpreter and spokesperson for the others.”

Deane said, however, that he could not have imagined the trajectory that life has taken for “this little girl”, as Lukashenko calls Tikhanovskaya disparagingly.

“Some of the children were still clearly traumatised by the whole thing, the situation in those villages of Belarus at that time, not just because of Chernobyl, but the economy also, things were very difficult,” he said.

Deane travelled to Mikashevichi, Tikhanovskaya’s home village, after he co-founded a Chernobyl charity. Mikashevichi was 30 miles (40km) north of the border with Ukraine and had been severely hit by the disaster.

“Belarus’s hospitals were filled with children at the time who had all kinds of problems. Svetlana’s teacher was our interpreter. We travelled to Belarus regularly, visited the school and that’s how we met her and brought her over,” Deane said.

In Roscrea, which has a population of 7,000, the children were given medical attention – eye and hearing problems were common. They were also taken on picnics, outings to the cinema in Tullamore and shopping trips. “They loved going to the cheapest stores such as Penneys [the name used by Primark in Ireland]. They were quite shocked by the size of people’s houses.

“Within days you would see these children transformed before your eyes, good food and lots of it helped. Because food was not plentiful for them. They loved bananas and beans, our kids were amused by that.”

Most of the children who stayed with the Deanes came for a summer, perhaps two, but Tikhanovskaya came back again and again as she grew close to the family and the local community.

For a couple of summers she even got a job helping out at a local Roscrea factory to earn money, Deane said. “She worked on the factory floor, the most menial tasks, but she was very glad to do it. She needed money for her studies in Brest [in western Belarus]. She was very humble and modest.”

She returned to Roscrea each year, in her early 20s acting as an interpreter for children on the Chernobyl scheme.

Was there any hint of early political idealism around the breakfast table in Roscrea? “Children at that time would not speak openly about the political situation in Belarus,” Deane said. “There was a fear of anyone getting to know their families were critical of the government. But Svyeta was open and talked about unrest. People were disenfranchised and they knew the voting was rigged.”

He is astonished though to see her cast as a Joan of Arc figure, and says she has no long-term political ambition but has put herself forward out of concern for the people of Belarus.

“Her first child was profoundly deaf, and she gave up work to help him. She moved the family to Minsk so that he could have the implant operation he needed. She poured her life into looking after her son and daughter. She is a devoted mother. She just wanted to be voted in so she could release political prisoners, which is noble of her, and please God it works.”

Deane said that apart from “the odd encouraging text”, he had not spoken to her in recent weeks.

“She was a lovely girl. My children and grandchildren all have very good memories of Svyeta … She was just a nice, genuine, sincere, and honest kid.”