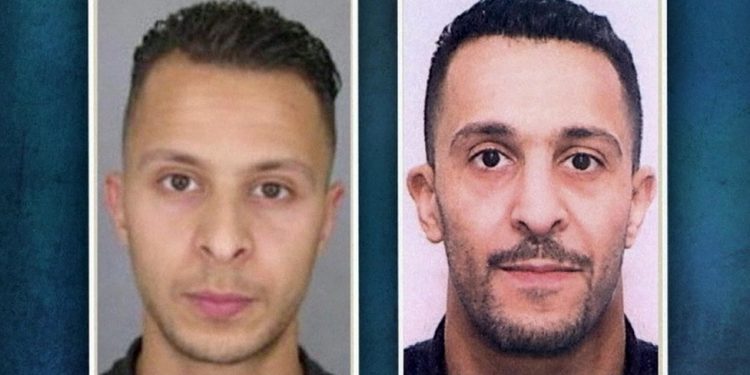 One says he “saw nothing”, the other speaks of “a temporary delirum”: at the trial over the attacks on 13 November 2015, the debates on Thursday centered on the “signs of radicalization” in the Abdeslam brothers, who could have indicate that they would act.

Hamza Attou and Ali Oulkadi, who appeared before the special court of assizes in Paris on Thursday, are two of the three suspects who have been released under judicial supervision since September 8.

They are accused of helping the only surviving member of the Islamic State (IS) terror group’s command, Salah Abdeslam, to flee after the attacks. The first went to collect him in the night of 13 to 14 November 2015 near Paris, the second hid him in Brussels.

However, those facts will not be heard by the judge until the end of March. Thursday was about different questions: what did they notice about the radicalization of the Abdeslam brothers?

In early 2015, Ali Oulkadi, a regular customer of “Les Béguines”, Brahim Abdeslam’s cafe in Molenbeek, heard the first “radical statements” from the later terrace killer, who died on November 13 when he detonated his bomb belt.

He heard him say that a Muslim could not practice his faith in Belgium and watched some IS propaganda videos with him.

However, Ali Oulkadi, now 37, did not take him seriously. His actions did not match his words,” he said on the witness stand in a slightly trembling voice.

According to a report by BRUZZ, Hamza Attou even saw “no signs”. The youngest of all the suspects, 21 at the time of the attacks, Brahim Abdeslam watched IS videos, but without “paying attention”. “I didn’t care,” said Attou, who said he came “every day” to Les Béguines, where he sold cannabis for his “friend and boss” Brahim.

At the end of January 2015, Oulkadi and Attou Brahim accompanied Abdeslam to Zaventem airport. Were they there to say goodbye to him on his departure for Syria, as the fourth traveling companion, who was heard as a witness in December, claims?