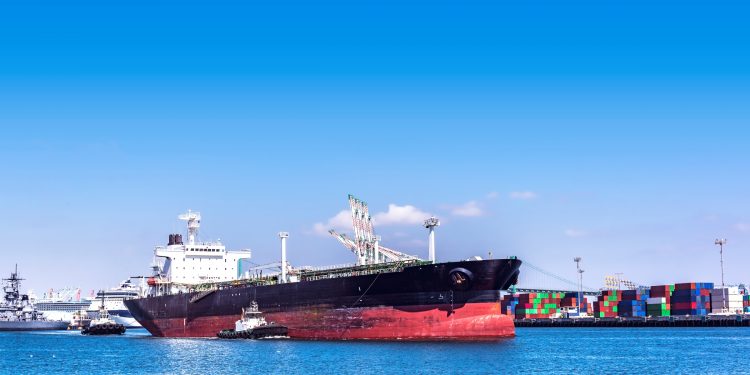 Brussels (Brussels Morning) Maritime source claim that a suspected tanker hijacking off the coast of the United Arab Emirates on Tuesday may have been the work of Iran-backed forces.

The ship in question, the Panama-flagged asphalt/bitumen tanker Asphalt Princess, was one of six tankers that switched their Automatic Identification System (AIS) tracking devices to broadcast “not under command” signals earlier in the day, a signal typically used when a vessel has lost engine power or rudder control.

According to the British navy’s UK Maritime Trade Operations, the incident was identified as a “potential hijack” late on Tuesday afternoon, after it had previously issued a warning notice in response to six tankers broadcasting “not under command” status, to alert other maritime traffic that “an incident is currently underway”.

Security sources cited by Reuters that evening believe that the vessel was seized by Iranian-backed forces. According to two British sources cited by the Times, the Royal Navy was “working on the assumption” that either Iranian military or its proxies have boarded the Asphalt Princess.

Iranian Foreign Ministry spokesman Saeed Khatibzadeh described recent maritime attacks in the Gulf of Oman as “completely suspicious”, an apparent reaction to the incident, while denying any involvement on Iran’s part. Khatibzadeh emphasised that Iranian naval forces stand “ready for help and rescue” in the area.

The incident occurred near the Strait of Hormuz, in what is the main shipping route for around a fifth of the world’s seaborne oil. The area has seen its fair share of attacks, explosions and hijackings over the past few years, most of which were either committed by or attributed to Iranian forces or their proxies.

Iran’s relations with the West are already strained by an apparent drone attack on an Israeli-managed tanker last week, which killed a Romanian crewman and a British security guard. Israel, the US, the UK and Romania have all attributed the incident to Iran. Tehran denied any culpability and warned it would swiftly respond to any retaliatory action.