Suspect of a kidnapping attempt on Brussels metro remains in jail  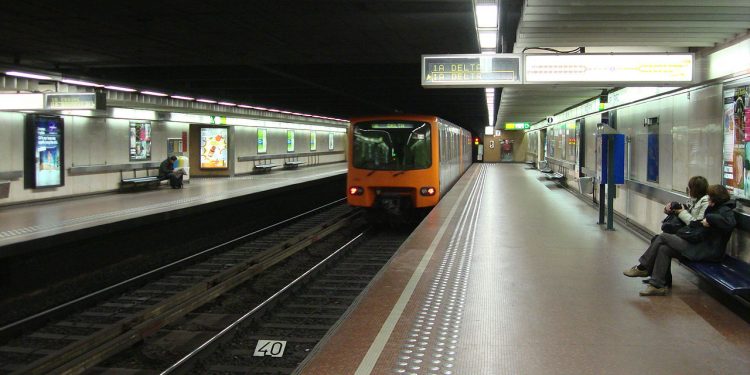 BRUSSELS (Brussels Morning) – The man who allegedly tried to kidnap a 12-year-old girl on a Brussels tram last Tuesday, will remain in pre-trial detention for at least a month longer. The council chamber decided on this on Wednesday, the Brussels prosecutor’s office reported.

The kidnapping attempt took place Tuesday afternoon last week. The girl was on a metro with a friend that was heading in the direction of the Zuidstation stop. When the girl gave up her seat to another passenger, she was approached by an unknown man, who felt her necklace. At the next stop, Lemonnier, the man got out and tried to pull the girl along. Several passengers were able to prevent this and prevent the man from getting back on the metro.

At the next stop, South Station, the girl finally got off with one of the witnesses, who stayed with her until her parents came to get her. The parents then filed a complaint with the federal railway police.

Last week, when asked about the incident, Willemien Baert of the Brussels public prosecutor’s office said, “We can confirm that a complaint has been lodged for the attempted kidnapping of a 12-year-old girl. We take these facts very seriously and an investigation is underway. In the interest of that investigation, we are unable to provide additional information at this time.”

True to his word, an investigation was carried on. According to one of the witnesses, it was a slim man of about 1.75 m with an unkempt appearance who wore a dark scarf around his forearm.

The investigation into the facts led to the arrest of a suspect.

The 30-year-old man, who was already known to the court for threats, was placed under an arrest warrant by the investigating judge on Saturday the previous week. It still cannot be said with absolute certainty as to what his motives were of making an attempt at the kidnapping. The Prosecutor’s office of Brussels has not commented further on the investigation for the time being.