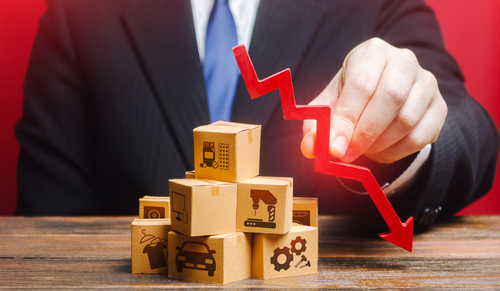 Brussels (Brussels Morning) A monthly survey showed that consumer confidence in France dropped only slightly this month, despite negative pressures.

The survey conducted by the French National Institute of Statistics and Economic Studies (INSEE) showed that its monthly consumer confidence index dropped from 100 points in July to 99 in August, according to Reuters reporting on Friday.

The drop is very slight as it comes against a backdrop of rising COVID-19 infections and new regulations that require vaccine passes to enter many stores. The index peaked in June at 102 points, its highest point since the start of the coronavirus pandemic, when restrictions were eased and the vaccination campaign picked up pace.

Despite this, the survey shows that consumer confidence in August remained stable at levels above the long-term average, with savings intentions going up after three months.

Compared to July, the share of households that expect price hikes in the coming months increased slightly in August, with companies under pressure to increase their prices due to strained supply chains.

François Villeroy de Galhau, Governor of the Bank of France, announced on Thursday that the bank could up its 5.75% growth forecast for this year, after an unexpectedly strong first six months of the year.

He noted that the bank is to update its estimates in September and added that it expects the spread of the Delta variant to have limited economic impact.