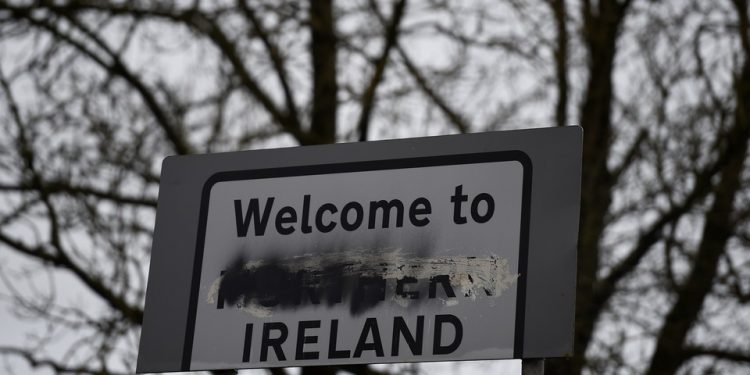 London (Brussels Morning) A recent LucidTalk poll revealed the NHS would be a key determining factor in any vote on a future unified Ireland, as published in the Belfast Telegraph Monday.

The poll, commissioned by political analyst Mev Brown, was ready in late September and brought to light due to the recent launch of the Taoiseach’s Shared Ireland Unit, and DUP leader Peter Robinson’s warning Northern Ireland unionists that a border poll would be likely.

According to survey results, for around a quarter of people polled, the NHS would play a huge role in voting. In addition, 35 percent said they would vote for Irish unity and 34 percent would support the Union.

Brown said the results showed that “Deeply committed nationalists will opt for Irish unity regardless, but a significant number of SDLP [Social Democratic and Labour Party] supporters are more likely to be swayed to remain in the UK because of the healthcare system it offers”.

He added that the NHS is a bigger issue for Alliance and Green supporters and also older voters but not young people. There was a significant proportion of under-45s who would veer toward Irish unity whether or not the NHS was coming with them.

Brown said this should alert unionists to their ageing demographic.

The NHS was also not a determining factor for the majority of DUP or Ulster Unionist voters of whom 75 and 55 percent, respectively, would vote to remain in the UK

Commentators believe that a border poll is unlikely to occur in the near future with little political appetite in Dublin and London, although Sinn Fein is actively advocating for a poll.

The current pandemic is another reason why the health services would sway some voters.

With a second wave sweeping over the UK and the Republic of Ireland, a robust and ‘free at the point of service’ health agency has become all the more important.