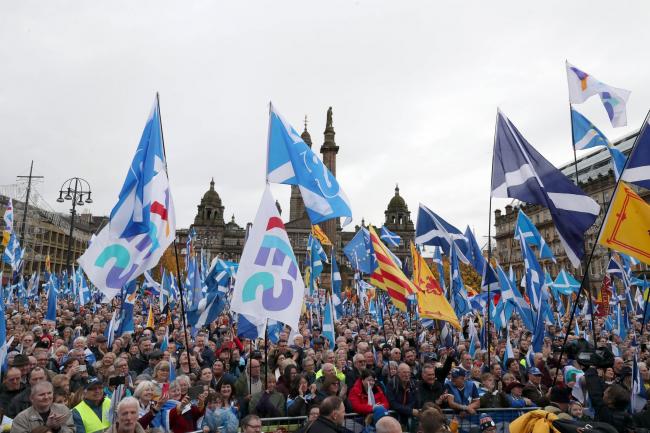 London (Brussels Morning) A new survey by polling company Survation shows the Scottish National Party (SNP) leads voting intention for the next general election, Scottish Parliament election, and there is an eight-point lead to answering “Yes” for another referendum on Scottish independence.

The result is a two-point leap from the market researcher’s September poll on support for a second Scottish referendum.

While support for independence is gaining ground, there is little change in voting intention, with 52 percent of respondents intending to vote for SNP in the next General Election, who led in September as well. Labour took second place at 20 percent, while the Conservatives were down two points to 18 percent.

The poll was conducted on 1,059 people aged 16 years old and older in Scotland with answers collected between 28 October to 4 November.

A separate study this week conducted by the Scottish Centre for Social Research (SCSR) also showed growing support for independence.

On key questions around the country’s constitutional future, 51 percent of people said they supported independence in SCSR’s analysis.

The last referendum on whether Scotland should separate from the United Kingdom took place in 2014, yielding a majority in favour of remaining in the union.

A reversal of this support is thought to be buoyed by Britain’s decision to leave the EU, a positive view of First Minister Nicola Sturgeon’s leadership and the seemingly mixed messaging heard from No.10.

While polls to determine the appetite for a second referendum occurs quite frequently, it is still unclear if this will translate to an actual referendum.

“Many people don’t see it as a priority, while coronavirus requires focus, and problems persist with Scotland’s health and social care system”, explained Emma Divers from Glasgow-based PR firm PLMR, when she spoke to Brussels Morning last month.

“There’s also massive voter fatigue in Scotland after nine major votes, a raft of local elections, and another vote on the way, all since 2014”.

The Scottish General Election is set to take place on 6 May 2021.