Support for France in the face of Islamist violence 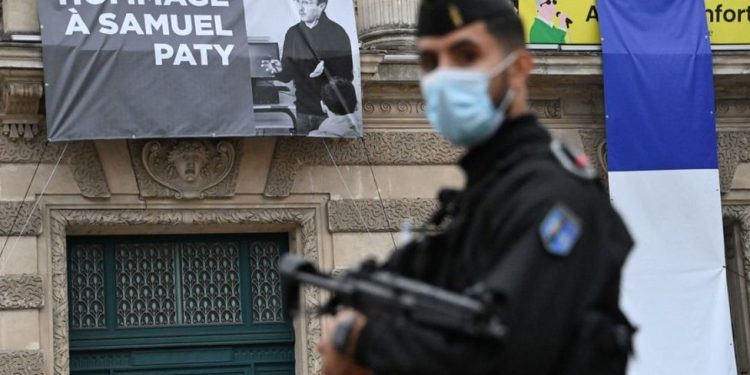 Brussels (Brussels Morning) In the wake of the latest instance of Islamist violence, UK Prime Minister Boris Johnson said on Thursday that Britain stands steadfast with France, Reuters reports. Johnson stressed that he was appalled to hear about the barbaric attack in Nice and reiterated that the UK stands with France against intolerance and terrorism.

The UK’s Secretary of State for Foreign, Commonwealth and Development Affairs, Dominic Raab, commenting on Thursday’s attack, said Britain offers every support to the French people in pursuing those responsible for the appalling crime.

The Vatican also condemned the attack on Thursday, stressing that violence and terrorism are never acceptable. The Head of the Holy See Press Office, Matteo Bruni, described the attack as a moment of pain in a time of confusion and said that Pope Francis had expressed hope the French people would stand united by responding to evil with good.

The Kremlin called the killings unacceptable, but cautioned that it would be wrong to condemn the incident in ways that might show disrespect for religious sensibilities. Turkey’s Ministry of Foreign Affairs said Ankara stood in solidarity with the French people against violence and terrorism. The Turkish presidency’s head of media and communications, Fahrettin Altun, condemned the Nice attack, stressing that Islam cannot be used in the name of terrorism. However, he called on French leadership “to avoid further inflammatory rhetoric against Muslims”, saying Turkey would continue to confront any politician insulting its religion and its values.

Miguel Ángel Moratinos, the UN High-Representative for the Alliance of Civilizations, stated that he is following the growing tensions and instances of intolerance, RFI reported. Moratinos attributed blame to the recent reproduction of inflammatory caricatures for having provoked the acts of violence against innocent civilians and their beliefs. Insulting religions provokes hatred and extremism, he asserted.

The former Prime Minister of Malaysia Mahathir Mohamad commenting on earlier attacks, expressed his belief that freedom of expression does not include the right to insult. He accused French President Emmanuel Macron of being primitive and uncivilized, claimed the French had killed many Muslims over the course of history, and that this justified Muslim anger and gave them the right to retaliate. He accused the French people of blaming all Muslims for what one angry person had done and concluded that this gives Muslims the right to punish the French.