by Anna-Karin Friis
in Europe, Features 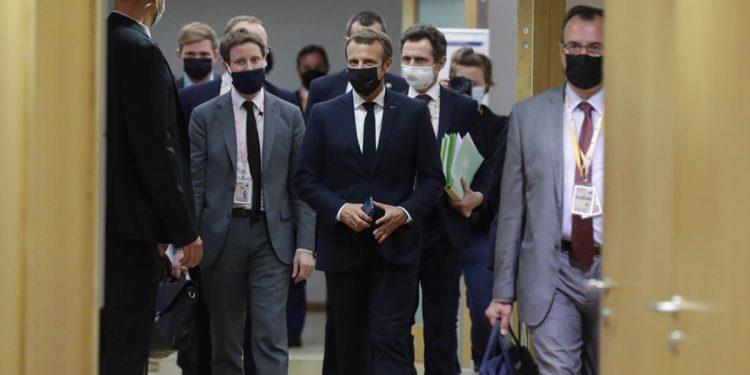 Brussels 2 October: EU leaders today reinforced the sanctions on Belarus, hitherto blocked by Cyprus, which sought a quid pro quo whereby the EU would put more pressure on Turkey over its oil and gas exploration in disputed waters of the Eastern Mediterranean. The EU leadership has committed to  pursue ”constructive ties” with Ankara and review the situation towards the end of the year.

”I have had many talks with the Turkish president in the last weeks”, German Chancellor Angela Merkel explained in Brussels today at the end of the EU leaders’ meeting.

Meanwhile, Belarus acting president Lukashenko is not among the 40 Belarusian officials and other affiiates of the regime named on the EU’s sanctions list.

Regarding talks on the UK’s application of the withdrawal agreement from the EU and any conflicting legislation, Merkel linked her hopes of a resolution to on-going negotiations.

”It is bitter”, she acknowledged, in reference to the back-tracking, legislative move that affects the border with Northern Ireland.

Nonetheless, the leaders’ take on the current state of play still gives reason for optimism about the arrangements for market access and further agreements. European Commission President von der Leyen looks to her video conference with UK Prime Minister Boris Johnson over the weekend, in hopes that it wlll address satisfactorily issues to do with the internal market, the protocol on Ireland/Northern Ireland and prospects for agreeing on fishing rights.

The epidemiological situation with corona infections still raging remains a major concern for the EU, especially in terms of the economic impact. Measures to be taken and the assessment of the situation in different countries should be better coordinated in the coming months. Right now, the confusion over which countries are listed and their specific category of alert poses a considerable impediment to travel.

EU leaders avoided an in-depth discussion on the rule-of-law report and its implications for Hungary and Poland’s EU funding. Germany is still pressing ahead with negotiations with the European Parliament about linking the rule-of-law assessment announced this week with access to EU funds, in particular to the new recovery provisions in face of the economic downturn caused by COVID.