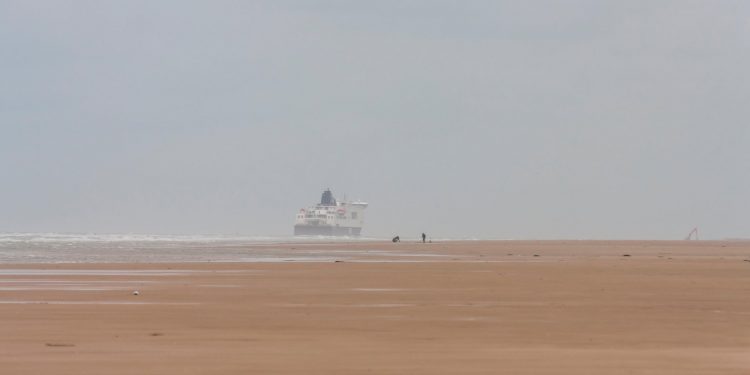 A Sudanese teenager who disappeared at sea has been found dead on a beach near Calais as tensions rise over the British government’s approach to the unfolding crisis in the Channel.

The 16-year-old was found on the beach of Sangatte, the former site of a refugee camp, on Wednesday morning, Marlène Schiappa, who is in charge of citizenship in France’s government, said .

Philippe Sabatier, the deputy prosecutor of Boulogne-sur-Mer, told reporters the dead child was yet to be identified but was understood to be linked to another young Sudanese boy who was rescued at sea and reported his companion missing. The pair had attempted to make the crossing in a dinghy.

An investigation into the incident has been launched by Boulogne-sur-Mer’s public prosecutor’s office, officials in France’s prefecture for the channel said.

The tragedy comes as the number of people risking their lives by crossing the Dover Strait, one of the busiest shipping lanes in the world, hits record highs, with more than 4,300 arrivals so far this year, more than double the total in the whole of 2019.

The UK government has been criticised by campaigners and opposition politicians for its alleged lack of compassion and competence in tackling the issue, ignoring calls from humanitarian experts to bolster safe and legal routes to the UK for those seeking asylum. Instead, ministers have sought to bring in the military to make the route “unviable”, which has involved the RAF launching large aircraft over the waters.

The Labour leader, Keir Starmer, said: “This is a humanitarian crisis that needs a compassionate response. Nick Thomas-Symonds [the shadow home secretary] wrote to the home secretary last week to demand an urgent change in approach from the government.”

Thomas-Symonds said: “The news of the death of a 16-year-old boy in the Channel is heartbreaking and our thoughts are with his loved ones.

“The government’s response to the situation in the Channel has been lacking in compassion and competence. Ministers urgently need to step up work with international partners to find a humanitarian solution to this crisis, which is costing lives.”

Laura Padoan, spokesperson for UNHCR, the UN Refugee Agency, said: “It’s tragic to hear that a 16-year-old has drowned trying to cross the English Channel.

“We’ve been warning that the priority needs to be saving lives – this shouldn’t have happened. There needs to be international cooperation on providing safe legal routes to ensure than more people don’t drown trying to seek sanctuary in the UK.”

Clare Moseley, founder of charity Care4Calais, said: “This young boy’s death starkly demonstrates the total failure of our government to do anything to help these children who are in such desperate straits.”

She added: “Things need to change. We need a way for people’s asylum claims to be fairly heard without them having to risk their lives. We need this before someone else dies.”

Steve Valdez-Symonds, Amnesty International UK’s refugee and migrant rights director, said: “We know he is not the first person to have lost his life attempting to reach safety in the UK from France and can only hope that such tragedies do not continue.

“We continue, therefore, to demand that the governments on both sides of these waters share their asylum responsibilities and implore them in doing so to focus on relieving the desperate plight of people in need of support, safety and, in many cases, reunion with their family.”

Bella Sankey, the director of Detention Action, a campaign group, said: “It is devastating to learn that a child has now died in the Channel while trying to seek safety in the UK. This is a horrifying but wholly expected death.

“We have repeatedly warned [the home secretary] Priti Patel it was only a matter of time before her toxic policy to deny safe and legal routes to the UK would cost lives. This death lies firmly at her door. She should consider her position.”

A Home Office source said: “On the day a young life has been lost, Detention Action should calm down their rhetoric.

“The UK’s resettlement schemes have provided safe and legal routes for tens of thousands of people, who have been given the chance to start new lives in safety.

“​In every year since 2016 we have resettled more refugees from outside Europe than any other EU member state, and we are in the top five resettlement countries worldwide.​”

Resettlement programmes transfer recognised refugees from an asylum country to another third country with the aim of permanent settlement in the third country. The UK runs the global resettlement scheme, which consolidated a number of other programmes including one targeting Syrians, which has ended. The scheme aimed to resettle about 5,000 refugees in its first year of operation but it has been suspended due to the pandemic.

Patel, who is reportedly working on a so-called “fairer borders bill” to make it harder for people to claim asylum in the UK, said the death was “an upsetting and tragic loss of a young life”.

She added: “This horrendous incident serves as a brutal reminder of the abhorrent criminal gangs and people smugglers who exploit vulnerable people. Working together, we are determined to stop them.”

There have been urgent discussions on where to house migrant children who travel to the UK without family. It emerged earlier in the week that Kent county council announced it had reached capacity for taking in unaccompanied asylum-seeking children.

The body of a 17-year-old Iraqi boy was found dead in October last year on the beach at Le Touquet. Police discovered a small boat without an engine with two oars nearby.