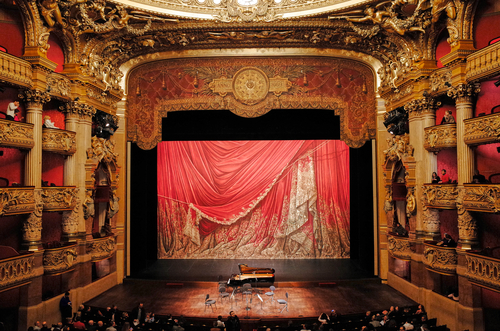 The protest first started on 4 March, with a handful of theatre students and trade unionists symbolically occupying the Théâtre de l’Odéon in Paris after a small number of protesters were permitted entry to the premises by the theatre director, with food and health supplies, plus clothing and sleeping bags. Since then, the protests have spread to cultural sites all over France.

The protests primarily oppose the prolonged closures caused by the coronavirus pandemic, but more recently they have included demands to scrap measures affecting compensation for freelance performers, and to extend the current period for which compensation is being granted.

The culture sector has been among the most heavily affected by the coronavirus pandemic measures, along with the restaurant, hospitality and tourism sectors. The French government has provided compensation to workers in the hardest-hit sectors, announcing a further 20 million euro in aid for the culture sector last week.

While the government claims no other country has done nearly as much to support its culture, the protesters believe the amount is insufficient, simply a mere gesture by the authorities. Meanwhile, performing arts students are concerned about their future career prospects, stuck in a limbo and unable to develop as the entire sector faces an uncertain future.

The protest has found little sympathy among government ranks, with Culture Minister Roselyne Bachelot more concerned about the possible effects of occupation on the venerable venues. “Occupying cultural sites is not the right way, it’s useless,” Bachelot declared. “These stunts are dangerous, because they threaten fragile cultural sites.”