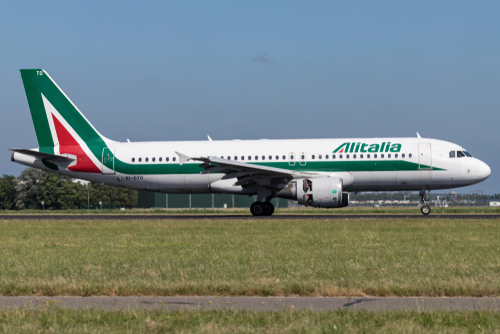 Brussels (Brussels Morning) The ailing Italian air carrier Alitalia aims to re-launch its business amidst the coronavirus pandemic, since its new management sees an opportunity to push through reforms that politicians and unions opposed in the past, Reuters reports.

The chronically loss-making airline recently acquired new management, led by Fabio Lazzerini, a veteran of the Gulf airline Emirates. He views the global air transport crisis as a chance to reset the business and return it to profitability.

Facing bankruptcy for the fourth time in a decade, the company aims to surrender its unprofitable domestic routes to low-cost rivals. “Alitalia has tried in the past to cut domestic point-to-point routes, but local politicians or the government always demanded they be restored,” a company source close to Lazzerini told Reuters.

The carrier was placed under Extraordinary Administration in 2017, after years of unsuccessful attempts to return to profitability. After the pandemic outbreak foiled a planned sale to investors in March last year, the Italian government nationalised the airline and made plans to reincorporate it in the course of this year.

Italy long relied on Alitalia to connect Italian cities and tourist destinations directly, bypassing the hub-and-spoke model. However, it has since faced increasing competition from low-cost carriers that offered better rates to passengers willing to travel via hubs. In 2019, Ryanair’s Italian traffic was almost twice Alitalia’s 21.77 million passengers, with easyJet trailing close behind the national carrier.

The company now hopes to re-launch as an international carrier, focussing on more profitable long-haul routes. Yet analysts remain sceptical, warning that the post-pandemic recovery in the industry will most likely start with a surge in local flights.

The company aims to re-launch as a new legal entity with its employees signing new work contracts. This has prompted concerns among the unions which fear for the future of the airline’s 9,500 workers.