Stay apart and bring a pen: Sri Lanka goes to the polls during pandemic 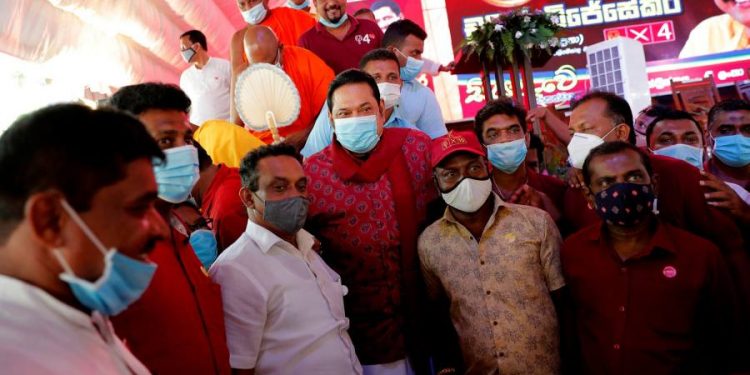 Sri Lankans have begun voting in parliamentary elections twice delayed by the coronavirus, with results expected to further entrench the Rajapaksa family’s dominance of the island’s politics.

Voters have been asked to observe social distancing and bring their own pens to the polls – with special booths set up for those who are quarantining – for a contest that will end months of constitutional limbo in Sri Lanka.

The country has been without a parliament since president Gotabaya Rajapaksa sacked the assembly in March and then postponed polls scheduled for April citing the Covid-19 outbreak.

Rajapaksa dismissed a constitutional article requiring him to summon parliament by early June, and has instead overseen one of the world’s most stringent responses to the pandemic without the input or oversight of the legislative branch.

Sri Lanka appears to have contained the virus, recording 2,823 cases including 11 deaths.

He has appointed at least seven presidential taskforces to manage the country’s affairs in the meantime, which civil society groups have said are staffed mainly by ex-military and police personnel, some of whom are accused of human rights violations.

The Colombo-based Centre for Policy Analysis has warned the lack of oversight or checks and balances “have serious ramifications for a free and open society and liberal democracy”.

The Rajapaksa-run SLPP, a Sinhalese-Buddhist nationalist party, is forecast to win a parliamentary majority on Wednesday that would cement the president’s brother Mahinda Rajapaksa as prime minister with senior roles for another brother, Chamal, and Mahinda’s son Namal.

Mahinda Rajapaksa, a charismatic strongman, served two terms as Sri Lanka’s president from 2005. He oversaw the brutal end of the country’s 26-year civil war against Tamil insurgents and was credibly accused of curtailing civil and political freedoms and committing human rights abuses against Tamils and political opponents.

The major challenger among a bitterly divided opposition is Sajith Premadasa, who was defeated in November’s presidential contest, and then broke away from the United National party (UNP) to form his own group. A faction of the UNP, led by former prime minister Ranil Wickremasinghe, is also contesting the polls.

A win for the SLPP would be another step in a remarkable comeback for the Rajapaksa family, which appeared to have been cast out of the country’s politics when forces from across the Sri Lankan political spectrum united to beat Mahinda Rajapaksa at the 2015 presidential elections.

It was regarded as a rebirth of Sri Lankan democracy and a repudiation of the family’s authoritarian style of politics, with human rights NGOs returning to Colombo, newspapers freer to criticise authorities and reforms enacted to limit the power of the presidency.

But the coalition government that won the 2015 polls quickly stagnated due to disagreements between key figures that culminated in a months-long political crisis three years later.

The confusion and division that followed that stalemate was cited as a key reason why Islamic State-inspired terrorists were able to carry out the 2019 Easter Sunday bombings that killed 269 people.

It also smoothed the way for the return of the Rajapaksa family to power, with Gotabaya announcing he would run for president in the days after the attack, on a platform of security and centralising power.

The SLPP hopes to win a two-thirds majority in parliament that would allow it to repeal some of the reforms to limit the power of the presidency passed by the previous government.

Results are expected to be announced by Thursday afternoon in Colombo.